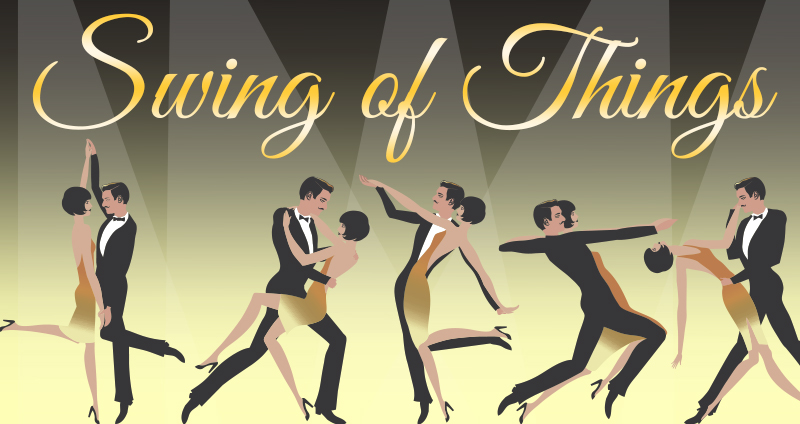 As we head into the “Dog Days” of summer, Fred Astaire Dance Studios have some good news to share that will help us all escape the worst of the summer heat. We’ve got exciting news about the new season of “Dancing With the Stars” and the dance routine video for this year’s National Dance Day celebration. They’re helping us get into the Swing of Things!

When ABC told fans there were no plans for a spring 2019 season of “Dancing With the Stars,” ballroom fans were feeling let down. But could it have all been for the best? The network says your favorite dance competition show will waltz back onto your TV viewing schedule with a Monday, September 16 premiere date. The execs are saying that the spring hiatus is allowing DWTS to return bigger and better than ever!

ABC Entertainment president Karey Burke says that all the extra time has allowed the show to go after, “… bigger stars than we have in a long time.” That announcement should be coming up soon, but a few names that have expressed interest in doing the show; actress Jennifer Love Hewitt and gymnast Katelyn Ohashi.

WILL FANS SEE CHANGES TO DWTS?

So the date wasn’t the only big announcement concerning “Dancing With the Stars.” Even though Fred Astaire Dance Studios hasn’t heard anything concrete yet, ABC is hinting at some big format changes as well. Could that be the hosts, the judges, the rules, or all of the above? The execs surely had to take a “hard and close look at the voting” after the controversial win of country music DJ Bobby Bones and his partner Sharna Burgess. ABC Entertainment president Karey Burke confirms some “top secret” format changes and ideas that will “freshen up the format.” Stay tuned!

National Dance Day is coming up September 21, and the official 2019 NDD routine video has been released. The fast-paced, hip-hop style dance was choreographed by Matt Steffanina, but you really don’t have to follow the routine to join in the celebration! National Dance Day is all about supporting dance as a valuable form of exercise and artistic expression. That’s something we’ve been talking about at Fred Astaire Dance Studios for a while now!

GETTING ‘PERSONAL’ WITH THE CAST OF ‘STRANGER THINGS’

“Stranger Things” star Millie Bobby Brown’s Instagram is becoming almost as entertaining as the hit show she stars in. She recently posted this fun dance clip that was apparently shot with her co-star, Noah Schnapp, while they were on the set filming for the show’s season 3 finale. BONUS TIDBIT FOR FANS: Rumors are a fourth season of the show will begin filming in October!

This American Airlines employee may have thought he was dancing like nobody was watching… but somebody was! A passenger onboard the flight said she was so taken by the sheer joy of his moves, she decided to start filming! The action was captured on the tarmac at Nashville International Airport. Suzanne Durham, who shot the video, says the dancer was “living his best life.”

Fred Astaire Dance Studios wants you to live your best life too! Call or drop by your local studio to find out about an introductory lesson!