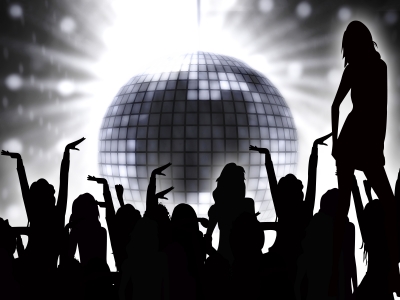 Dancing With the Stars is back for the 24th season on ABC, and the lineup has just been announced! From Olympians and professional athletes to actors and singers, this season is shaping up to be spectacular.

Here’s a look at who will be competing for the Mirror Ball Trophy!

Simone Biles rocketed into the spotlight in the summer of 2016 when she made the USA Olympic Gymnastics team. She won gold in the Olympic All Around, Vault and Floor, and took home the bronze for the Beam competition. Her spunky personality and amazing athleticism is sure to work in her favor coming into Dancing With the Stars.

Nancy Kerrigan is a retired figure skater who won bronze in the 1992 Olympics and Silver in the 1994 Olympics. She was also a two-time world medalist. While her athletic prowess was impressive, she is arguably best known for the scandal involving Tonya Harding. Prior to the 1994 Olympics, Harding organized an attack to injure Kerrigan. Luckily, Kerrigan was able to recover from her injuries and came back to put on an amazing performance in the Olympic Games.

Mr. T is a retired professional wrestler known for his catch phrase “I pity the fool!” He is also recognized for his acting in the popular TV series, The A-Team and his role in Rocky 3. Mr. T is bound to be a popular choice amongst fans.

Erika Jayne is a professional singer who joined the cast of Real Housewives of Beverly Hills in 2015. It didn’t take long for Jayne to become a fan-favorite on the show. In addition to her work on Real Housewives, Jayne has also has had several television guest star and film roles.

Normani Kordei came into the spotlight in 2012 while competing on the X-Factor. Originally, Kordei auditioned as a solo act, but X-Factor judges Simon Cowell and Demi Lovato decided she would do better in an ensemble. She then entered into the groups category along with Ally Brooke, Dinah Jane, Lauren Jauregui and Camila Cabello. The newly-formed group went through several name changes, but ultimately settled on the fan-voted name of “Fifth Harmony.” Fifth Harmony placed third in the X-Factor competition, but were signed by Simon Cowell after the conclusion of the competition. In total, Fifth Harmony has sold over 424,000 albums and seven million digital songs. We know Kordei has the rhythm and moves for Fifth Harmony music videos, so it will be exciting to see how she puts those skills to work in a ballroom competition.

Heather Morris is no stranger to the world of dance. While Morris is most often recognized from her role as Brittany S. Pierce, the ditzy but loveable cheerleader on Glee, she actually has quite the history with show biz. In fact, Morris spent a few years touring the world as Beyoncé’s back up dancer! Dancing With the Stars is not even her first time on a television dance show – she made it through “Vegas Week” on So You Think You Can Dance but was cut just before the Top 20 were revealed in Season 2. Needless to say, expectations are high for her upcoming performances.

Charo is a pint-sized spitfire known for her acting, comedy and incredible guitar playing. A spicy Spanish-American actress, Charo is notorious for her vibrant and fun personality. We can’t wait to see her bring that energy to the dance floor!

Actor from Saturday Night Live and The Middle, Partnered with Witney Carson

Chris Kattan is an actor and comedian, who is completely at ease in the spotlight. He has a background in improv and sketch comedy which came in handy for his successful stint on SNL. He also is well-known for his recurring role as Bob on the hit TV show, The Middle.

Nick Viall gained notoriety through his time on The Bachelorette and The Bachelor. He quickly became known as “the Villain” amongst the contestants because of his tendency to make an enemy out of just about everyone. It will be interesting to see whether Viall gets along with his Dancing With The Stars cast-mates or if his dark side will reign.

Rashad Jennings is a professional football running back. He was initially drafted by the Jacksonville Jaguars in 2009 and has since played for the Oakland Raiders and the New York Giants. It will be exciting to watch Jennings go from competing on the football field to tearing it up in the ballroom.

Bonner Fulton is a champion bull rider and clearly does not shy away from a challenge. He’ll be trading in his cowboy boots for dancing shoes this season, and rumor has it he’s already infatuated with his partner! In interviews, he’s been gushing about how Sharna Burgess is really supportive and easy on the eyes to boot. The pair’s apparent chemistry could make for some explosive performances on the dance floor.

David Ross is a retired baseball catcher for the Chicago Cubs. After a stellar collegiate career where he made it to the College World Series twice, Ross had enough skill and determination to make it the big leagues. Baseball and dancing have very different skill sets, so it’ll be fun to see if Ross can transition from swinging a bat to swinging his partner across the dance floor.