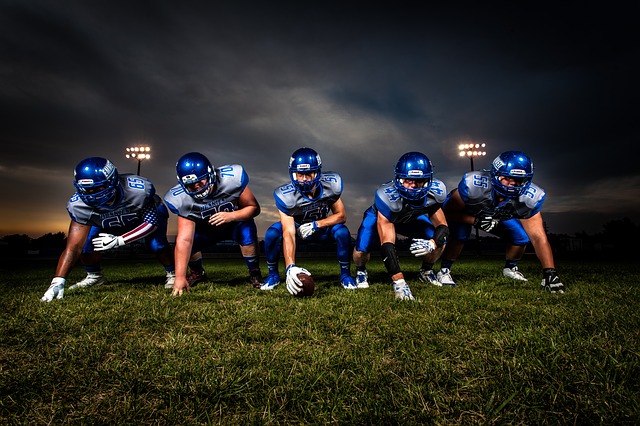 Ah… the sweet sensation of fall is just around the corner. The falling leaves, the sweater weather, the pumpkin spice everything and of course, the return of football. Now, not everyone considers himself or herself to be a football fan, and that’s okay. But, have you stopped to consider just how much dancing is involved in the much-beloved sport?

What, you might ask, do football and dancing have in common? Well now that the NFL allows for some end zone celebrations the NFL might as well stand for the Nimble Footwork League! Here at Fred Astaire Dance Studios, we love most dancing, no matter what form it takes or where it’s performed for that matter. Let’s take a look at some of our favorite football end zone dances!

Chicago Bears wide receiver Anthony Miller was scoring so many touchdowns he actually took to Twitter to ask fans to give him some new ideas for touchdown dances! The NFL has players walking a fine line when it comes to end zone celebrations and unsportsmanlike conduct calls, but you can still expect players to push the envelope on what is and what is not allowed!

Deion Sanders get the GOAT

The internet website Ranker lists Deion Sanders as the number one “Greatest Of All Time” end zone dancer. “Prime Time” has since retired and moved over into the broadcast booth. Sanders says he actually started doing his celebration dance when he was just a kid playing football and he was inspired by rapper artist/entertainer MC Hammer!

Fans eat the celebration dances up! Dancing is a great way for players and fans to interact, and it’s pretty much a universal act. Here we see Odell Beckham Jr. and Marquise Goodwin dance for fans and each other before a matchup!

Fans Get in on the Celebration

Who doesn’t love a good end zone celebration? Just because you’re not a football player doesn’t mean you can’t have your own touchdown celebration moves. Every year talk show host Wendy Williams hosts a competition on her show so that folks just like us (we can dream!) can display their best gridiron moves.

What are some of your favorite football end zone dances? Find your local Fred Astaire Dance Studios location and let them know.