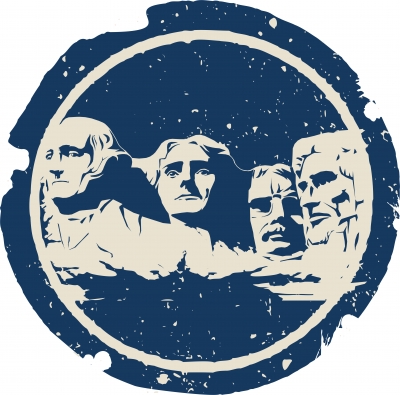 Although George Washington is primarily known for his fearless leadership on the battlefield and revolutionary achievements during his presidency, he was also known as a master of dance during the 18th century. Elegant movements, such as patterns in a minuet, were a very important piece of the puzzle for those who ran, or should I say danced, in the same circles as Washington.

Just as private galas and country club events bring people of position and power together today, the same idea was evident in the 1700s. Exclusive gatherings, dinner parties and grand balls, where a dance was almost always certain, was a place for elite politicians, military leaders, and those of wealth to come together and socialize. As we remember important leaders of the past and present, we are able to see how dance is used to bring people together, transcend cultural boundaries, and impact communities.

You’ve probably seen several videos of Obama showing off his moves, but have you seen this impressive tango? In March 2016, after a lively performance at the state dinner in Buenos Aires, Argentina, this beautiful dancer invites the former President to join her in a dramatic tango. If you look closely you can see how he attempts to exit politely after a few quick steps, but the dancer pulls him back in and continues to move about the dance floor.

Bush Grooves to the Beat

George W. Bush is seen here at the White House dancing with the KanKouran West African Dance Company, a D.C. based institution and known influencer in the dance community. Bush, accompanied by the first lady, grooves to the beat of the drum, laughing and smiling with members of the dance company.

The former first lady breaks it down on “The Ellen Show,” with the All-Stars of “So You Think You Can Dance.” She originally performed the dance to Uptown Funk on stage at the 5th anniversary of her “Let’s Move” campaign, which focuses on fighting childhood obesity. The first lady proves just how important it is to stay active, whether it be through dance or any other activity.

In this video from 1985, the famous Nancy Reagan receives her very own break dancing lesson. Watch as she gets loose and spins with her teachers! The Reagans, believed to be one of the most iconic love stories in presidential history, are seen here, dancing hand-in-hand, locked in an intimate embrace. Whether at an inaugural ball or philanthropic event you could always see these two swaying side to side, staring into each others’ eyes.