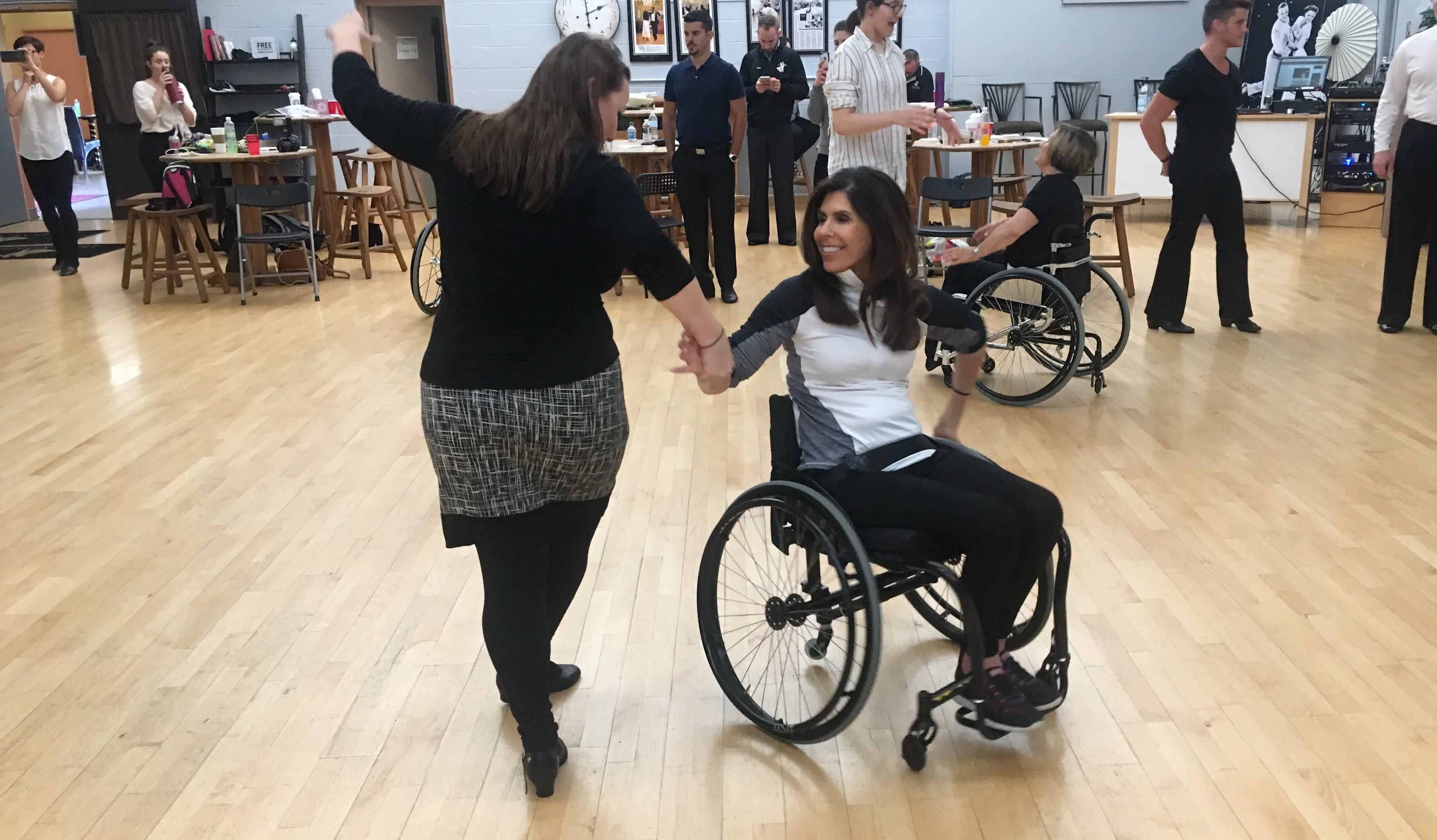 Evan Mountain and Cheryl Angelelli brought the joy of wheelchair ballroom dancing to Detroit with the launch of their Dance Mobility program at Fred Astaire Dance Studios in Bloomfield Hills, Michigan, in 2015. Now with the help of World Para Dance Sport, they are taking the program nationwide.

More than two dozen professional ballroom dance instructors from around the country came to Bloomfield Hills to learn the basics of the sport, dancing styles, wheelchair techniques and skills and judging criteria.

Mountain, owner of the Fred Astaire Dance Studios in Bloomfield Hills, believes this is a major step forward introducing more people with lower limb disabilities to the timeless art of ballroom dancing.

“I’ve always advocated for the mental, physical and emotional benefits ballroom dancing has to offer and deeply believe we have an obligation to make it available to everyone,” Mountain said. “This new training course welcomed instructors from around the country to learn how they can introduce wheelchair ballroom dancing to their communities.”

From Diving Disaster to Dancing

Angelelli was only 14 years old when her dreams of competing as an Olympic swimmer were crushed. Practicing a new racing dive a swim practice, she hit her head on the bottom of the pool, injuring her spinal cord and paralyzing her from the chest down.  She would not accept her life limited by disability so she turned her attention to Paralympic competition. Over her 17-year career, she became one of the most decorated Paralympic athletes in Michigan in swimming. She’s a seven time world champion who still holds 15 American records and two world records.

In 2013, after retiring from Paralympic competition at age 44, Cheryl discovered competitive wheelchair dancing when her local Fred Astaire Dance Studios hired an instructor for wheelchair dance. Cheryl fell in love with the sport that was popular in Europe but struggled to gain a foothold in the U.S. Determined to expand the program, she partnered with the owner of Fred Astaire Dance Studios and secured a state grant to create Dance Mobility, the free monthly class pairing people with physical disabilities with professional dancers.  Today dozens of local disabled dancers find joy and purpose in life through this program.

In 2017, Angelelli and Gadirov competed at the prestigious 2017 Mainhatten Cup in Frankfurt, Germany, earning a silver medal in the Combi Class Freestyle, the Para Dance Sport category for couples that feature one dancer in a wheelchair and a standing, able-bodied partner. They are ranked #1 in the US in their category.

Now, they’re hoping for more competition from the United States.

“We hope this course is a launching pad to get more people trained and also help them start a program like our Dance Mobility program here in Michigan,” Angelelli said. “We want to not only educate teachers how to work with individuals with disabilities, but also give them the tools to start their own adapted dance program in their communities.”