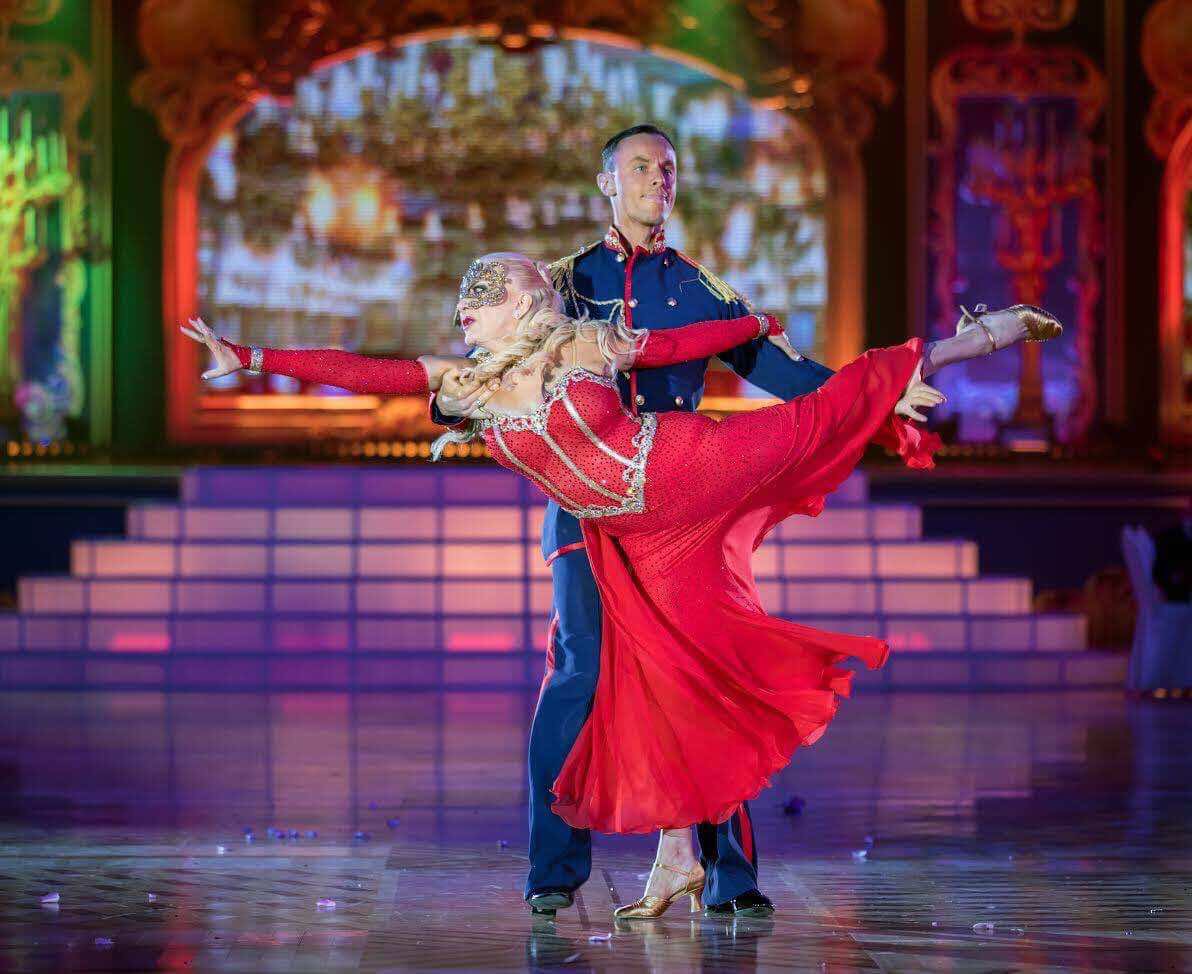 The ‘Dancing Divorce Attorney,’ Carolyn Woodruff, and her partner, Alosha Anatoliy, are tearing through the world of dance sport. Most recently, they’ve been featured in the ballroom competition Stellar Duo, which took place at the State Kremlin Palace in Moscow, Russia. They joined couples from Russia, Italy, South Africa, Denmark and Azerbaijan, and represented the United States in show-stopping fashion. They were also representing Fred Astaire Dance Studios, and like always, they made us proud!

Carolyn and Alosha have a long history of competing in dancesport. The couple has been dancing together since 2006, and they are the reigning US Pro-Am Show Champions. In the last 11 years, the two have won various competitions, including the US Dancesport Championship, the Fred Astaire National Dance Championship and the Millennium Dancesport Championship. They are also popular guests on live shows, like Simon Fuller’s Ballroom Blitz, which was broadcast in more than 10 countries.

Alosha is the owner of Fred Astaire Dance Studios in Greensboro, NC, which he opened after he came to the US from Ukraine. His studio allows him to do what he loves for a living while he devotes his free time to improving and learning choreography with Carolyn. Meanwhile, Carolyn owns and operates Woodruff Family Law Group in Greensboro. The two are a perfect match, and they keep each other motivated and inspired. 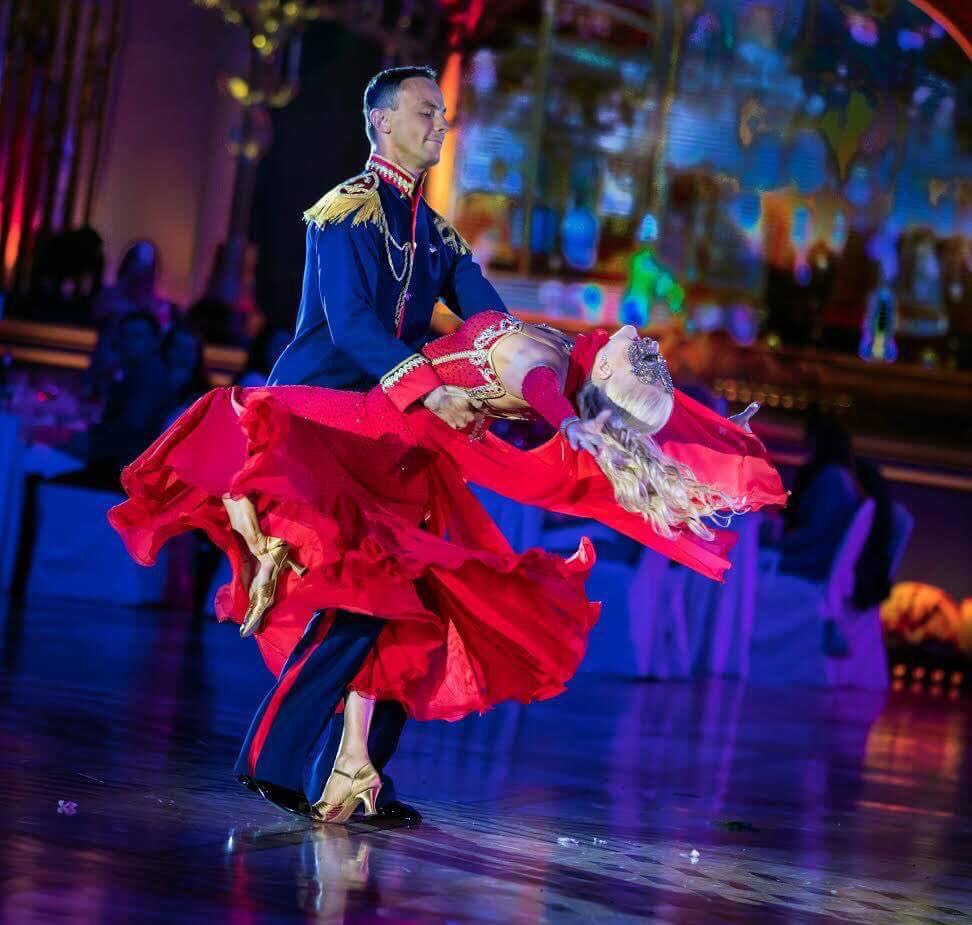 The pair worked with their long-time choreographer, Taliat Tarsinov, who was also the event’s artistic director. They worked together to develop a beautiful twist on the Russian play Masquerade, which was written in 1835 by Russian playwright Mikhail Lermontov. The dance tells the story of a romance between a masked woman and a Russian officer. The tale encourages people to remove their “masks” and live authentically, without hiding behind who society thinks they ought to be. At the same time, the mask allows the wearer to re-establish an identity that lines up with what they feel in their hearts.

Stellar Duo is an annual event that unites choreographers, renowned dance champions and musicians. Pairs represent their home countries with five dances each.

The Stellar Duo show featured stunning performances from dancers making their countries proud. Franchise owner Alosha and his partner Carolyn made their mark on the floor of the State Kremlin Palace last Thursday, and we’re so proud of their hard work! To begin your own journey with ballroom dance, head to your local Fred Astaire Dance Studios. You never know where it could take you!