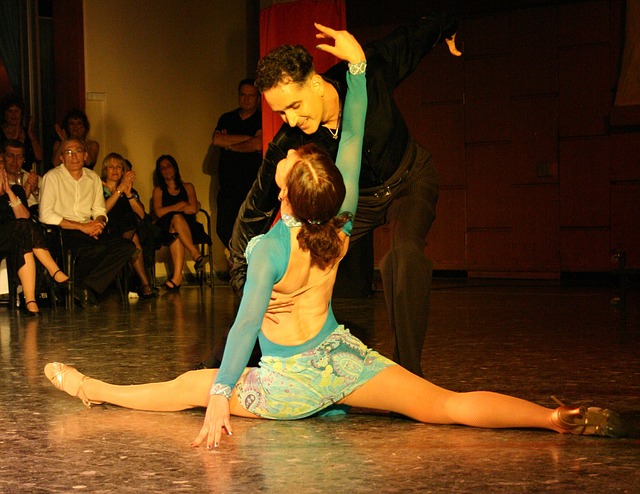 The quick steps, high energy and engaging beats of Latin dancing make it a great choice for adults interested in having fun and getting in shape.

Long commutes and busy work schedules put exercise at the bottom of many of our to-do lists. If given the choice between hitting the gym or binge-watching the new crime drama, many Americans choose the sofa. Exercising doesn’t have to be a drag. Set your weights down, hop off the treadmill and try some Latin dance moves! Visit a local Fred Astaire Dance Studios location near you to learn how Latin dancing is a great way to burn fat, lose weight and increase metabolism.

Latin dancing, which is known for its passionate rhythms, typically refers to five popular dances that originated from Central America, South America and the Caribbean. The cha-cha, jive, paso doble, rumba and samba are easy and fun dances to learn with a partner. The salsa originated in Eastern Cuba and is another Latin favorite, easily recognized for its gyrating hip movements and classic melody. Many Latin dances were traditionally performed during cultural celebrations and social gatherings.

The U.S. Department of Health and Human Services recommends adults exercise for 30 minutes, approximately five times per week, to maintain a healthy lifestyle. Thirty minutes of salsa dancing burns approximately 400 calories — that’s the same number of calories you burn cycling on a stationary bike at the gym. In addition to burning calories, Latin dancing improves muscle tone and increases flexibility. Zumba, a high-intensity, interval workout, was inspired by traditional Latin ballroom dances. Despite the high energy of the salsa and cha-cha, Latin ballroom dancing is a low-impact workout that safely improves endurance and heart health.

If you don’t have a samba partner, don’t despair! All Fred Astaire Dance Studios locations offer instructional opportunities for singles and couples. Dancing is great exercise, but it’s also a social event. Fred Astaire Dance Studios provide personal instruction from a trainer or group lessons that give you the opportunity to meet new individuals who share a passion for dance.

A couple performs the salsa to the song “Congo.”

Another energetic pair display their Latin ballroom skills by performing a sizzling samba.