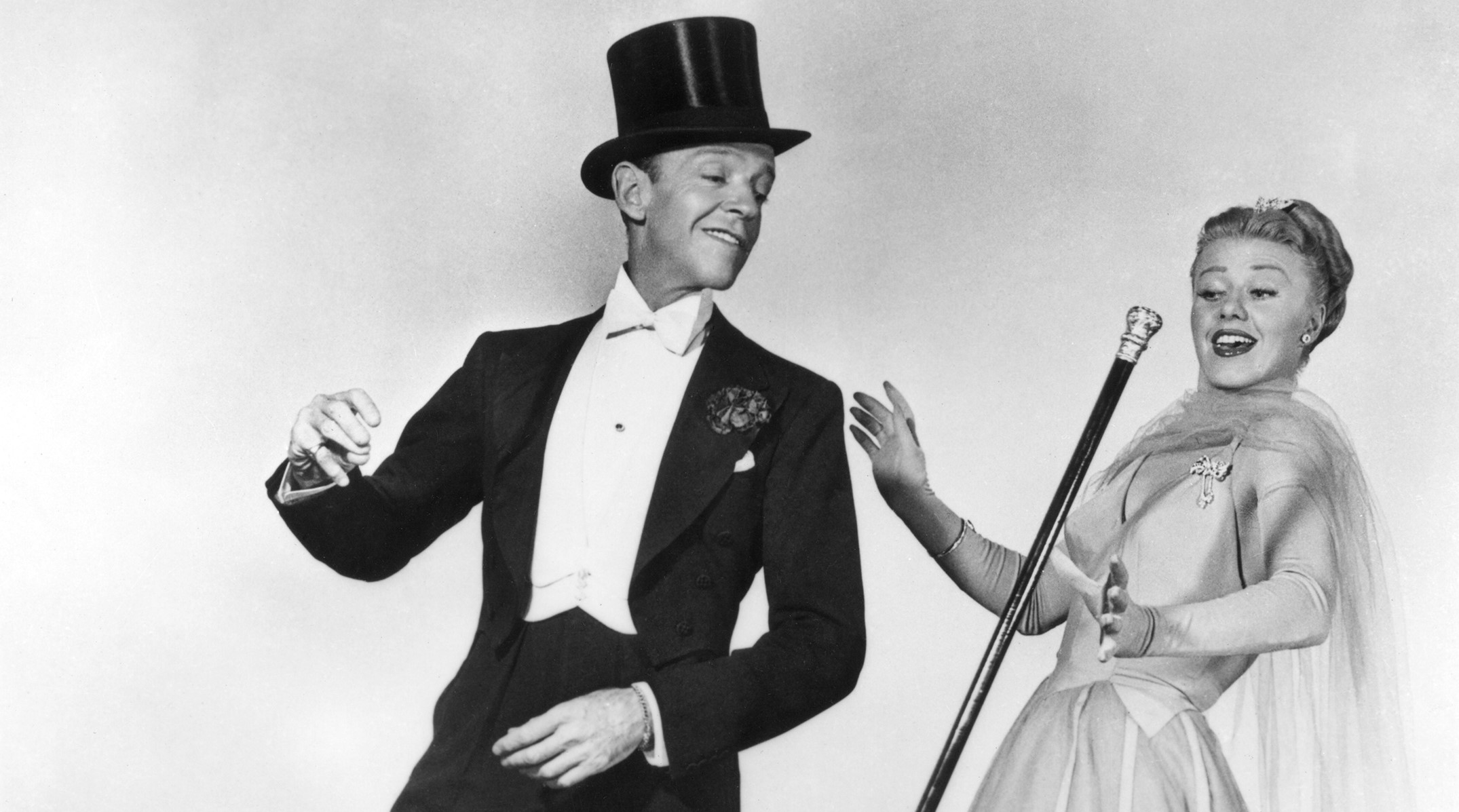 Sunday night, La La Land dominated the Golden Globes, winning all seven of the awards for which it was nominated, including Best Actress, Best Actor, Best Director, Best Score and Best Screenplay. So what made this movie so magical? Well, according to the movie’s choreographer, some of the inspiration came from our own Fred Astaire!

La La Land proves that the old-school appeal of the 1950s and 60s, along with subtle homages to classic and modern movies, can combine to make a visually stunning and entrancing film that wows both critics and audiences. Here are just a few of the influences used to inspire La La Land director Damien Chazelle and choreographer Mandy Moore. [WARNING: This post will contain a few spoilers!]

Several pieces, including the “A Lovely Night” duet, hearken back to classic numbers performed by Fred Astaire and Ginger Rogers. The stars perform in tap shoes, and in the piece their characters pretend not to fall for each other, even as the urge to fall in love becomes more and more irresistible. This borrows from many Astaire-Rogers musicals, including “Swing Time.” The easy, casual choreography resembles pieces like “Isn’t It a Lovely Day (to be Caught in the Rain)” from Top Hat and “Let’s Call the Whole Thing Off” from Shall We Dance. Mia and Sebastian also share a waltz during the “Epilogue,” which calls to mind the “Begin the Beguine,” a piece from Broadway Melody of 1940 featuring Astaire and Eleanor Powell. The starry backdrop and dreamy choreography brings the Broadway Melody scene to mind.

Singin’ in the Rain

Several elements of the film reference Singin’ in the Rain, one of the most iconic films in Hollywood history. The way Mia (Emma Stone) and Sebastian (Ryan Gosling) meet resembles the first meeting of Kathy (Debbie Reynolds) and Don (Gene Kelly), and the dance sequence during “A Lovely Night” sees Sebastian swing around a lamp post in much the same way that Kelly did. In a hugely referential event during the finale, Sebastian and Mia are dreaming of what their lives might have been like. This scene is nearly identical in choreography and setting to the “Broadway Melody” ballet at the end of Singin’ in the Rain.

An American In Paris

La La Land’s “Epilogue” bears several traits of this Kelly film, from its Parisian set design to its costuming and dance numbers. The male chorus dancers in particular wear costumes similar to what Gene Kelly wore during the ballet number in An American In Paris—black short sleeved tops with bold white collars.

The Umbrellas of Cherbourg

La La Land’s story is broken up into seasons that are marked with on-screen titles, similar to the classic French musical by Jacques Demy. The couple in Umbrellas and Mia and Sebastian both end up splitting, and then briefly reuniting several years later. And when Mia and Sebastian look out the window from Casablanca, there’s a door marked “Parapluies,” which is a callback to the original title of the French musical, Les Parapluies de Cherbourg.

“There’s Gotta Be Something Better Than This” from Sweet Charity

La La Land’s “Someone in the Crowd” is the “going out” song, featuring the vibrantly colorful costume design and fiery intensity of women who are aching to make it, a clear reference to the seminal piece in 1969’s Sweet Charity. While the choreography is not as detailed or thrilling as the earlier musical’s, “Someone in the Crowd” still finds that feeling of women who’ve gotten a new lease on life, and the dance is just as exciting.

The waltz shared between Aurora and Phillip in the final scene of Sleeping Beauty takes the royal couple off into the sky. Perhaps Chazelle was inspired by this scene, and carried it into the scene between Mia and Sebastian in the observatory. Both couples take a flight of fancy into the sky as they dance together, the implication being that in their minds, no one exists but the two of them. Chazelle has also been quoted as saying that he referenced the camera work in the Disney animated classic Beauty and the Beast. The sweeping camera movement and angles were mimicked in the magical dance number between Seb and Mia, taking the viewer from soaring above the dancers to standing almost between them.

The opening scene of La La Land takes place in a typical Los Angeles gridlocked highway, and several chorus dancers get out of their cars to dance during the number. The scene mimics the bright colors and mundane setting first found in Les Desmoiselles de Rochefort. The exuberant dancing totally typifies the enduring spirit of the people who come to Hollywood in hopes of achieving their dreams.

La La Land was everything Hollywood escapism is meant to be, and it included enough callbacks and references to earlier works to make fans of old school Hollywood and modern movies alike feel included. So if you’re looking for an entertaining entry for your upcoming movie night, we and the Golden Globes would humbly recommend La La Land.