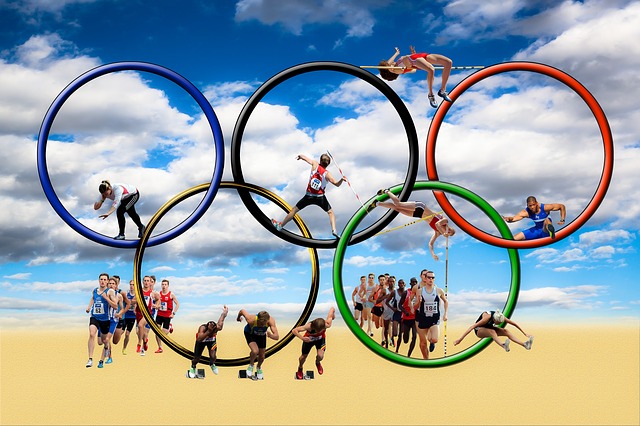 We may have to wait another year for the games in Tokyo, but the Olympic athletes are doing some pretty interesting training right now. In fact, for many aspiring Olympic medalists, dancing plays a pivotal role in their intensive training for the games.

Dancing helps athletes improve the strength of their feet, increase endurance, gain flexibility and enhance coordination. Boxers can reap the benefits of dancing by practicing Latin dances that require them to be light on their feet, such as the salsa. Quick feet allow boxers to dodge punches with ease. Synchronized swimmers dance on dryland to master basic techniques before diving into the water to perform a graceful, carefully timed routine. Figure skaters practice dance to enable them to land their jumps and make their emotional, on-ice performances dazzle. Gymnasts benefit from dancing because it reinforces essential arm and leg positions. Dancing helps gymnasts learn proper body alignment and fast foot action. Practicing ballet, including toe raises and plies, can also enhance a gymnast’s routine.

The International Olympic Committee will decide in December whether to add breakdancing to its lineup of sports at the Paris Olympics in 2024. Breakdancing has its roots on the streets of New York among African Americans and Latinos. Breakdancing is an athletic style of dancing that combines elements of martial arts, stylized footwork and spinning, according to Encyclopedia Britannica.

While most of the students at Fred Astaire Dance Studios participate in the Olympics from their living rooms as fans, learning to dance can help boost the physical health of these sports fans. Ballroom dancing is a great workout. The low-impact aerobic activity can help participants burn fat, lose weight and increase metabolism. Ballroom dancing increases flexibility and improves range of motion. Every class at Fred Astaire Dance Studios begins with several stretches designed to protect against dance-related injuries and decrease joint pain and muscle soreness after exercising.

It’s no surprise that many Olympians never lose their drive to compete. A number of Olympic athletes gave dancing a try on “Dancing With the Stars,” a popular television dance show. Here are clips of some of their performances.

Olympic gymnast, Laurie Hernandez, and dancer, Val Chmerkovskiy, salsa to “Light It Up,” a remix by Major Lazer, on season 23. Hernandez was part of the U.S. gymnastics team that won a gold medal in the 2016 Olympics in Rio de Janeiro, Brazil.

Tonya Harding, a disgraced U.S. Olympic figure skater, hits the dance floor on season 26 of “Dancing With the Stars.” Harding and Sasha Farber dance the foxtrot to, “When You Believe,” by Mariah Carey and Whitney Houston.

Figure skaters and gymnasts are not the only Olympians to test their skills on “Dancing With the Stars.” Speed skater Apolo Anton Ono wows judges with his performance of the samba to, “I Like to Move It,” by Reel 2 Real, with partner Julianne Hough. The short track speed skater won eight Olympic medals during his skating career.

If you are inspired by the physical fitness of these Olympic athletes, contact your local Fred Astaire Dance Studios to learn about joining a private or group dance lesson at your local studio or streaming a dance class on our Online Lesson Platform.