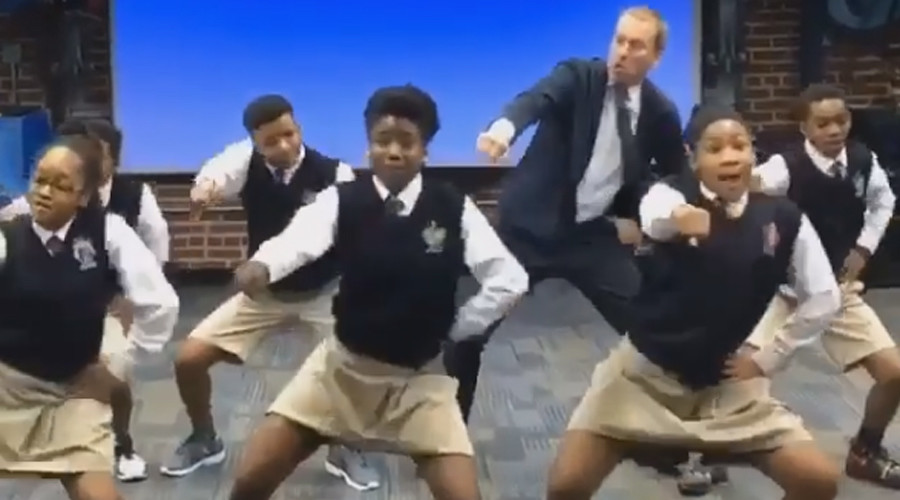 2016 has arrived! And do you know what that means? Lot’s of new dancing to look forward to in the year ahead of us! But first, we’d like to take a look back …

YouTube has announced their top trending videos in 2015, and the most viral video of the year is a dance video, of course! Check out pint sized dancer Heaven King as she busts a move, and then have fun watching the other nine videos.

This teacher has the moves!

This video of an Atlanta middle school teacher having some fun with his students quickly went viral. It’s only 30 seconds, but it sure is impressive!

When this dad saw his daughters filming a dance routine, he decided to sneakily join them in the background — until they caught him in the act, that is! Watch the hilarious video!