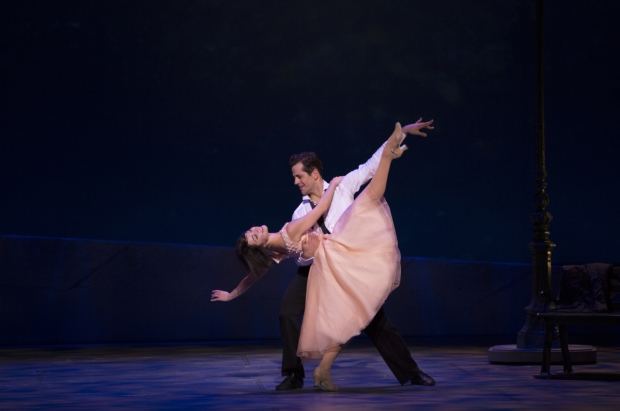 The 50 Best Dance Songs of 2014
From Wilfred Giroux’s remix of Sam Smith’s “Stay with Me,” all the way to “Turn Down for What,” by DJ Snake and Lil Jon, Spin magazine counts down all the songs that made us move in 2014. The 50 song countdown makes for a great party playlist, and we suggest listening to each song as you work your way to No. 1. Let’s get you started:

‘Dance Moms’ Coach Abby Lee Miller, Kelly Hyland Case Dismissed; Top Dance Routines Named
Have you been following all the “Dance Moms” drama? From shouting matches to physical altercations and eveninterpretive dances about controversial social issues, the show and “cast” keep it tense. And in case you were wondering, the assault charges against Abby Lee Miller were dismissed (phew). Here’s what Christi Lukasiak had to say about the decision:

Congrats to @dancemomkelly on all charges dropped! Considering I saw how things REALLY went down that day, exactly the right decision.

Kanye Boogies Down in These Hilarious Dancing Memes That Bring Us All Back to the ’90s
If you missed the “Dancing Kanye” movement, here’s your chance to catch up. What started as Kanye West having some fun, dancing during one of his concerts, turned into something MUCH more. Our favorite is when he “danced” to the theme song for “All That,” ( a ’90s classic), but let’s start by showing you the original. Watch Kanye dance, then watch him dance some more.

Celebrate the Weekend with the Greatest Movie Dancing Supercut of all Time
“Shut Up and Dance” is both a song and our suggestion to you. Some thankless person took the time to edit together some of the all-time best dances from movie history, and it’s fantastic! If watching this video doesn’t get your toes tapping, check your pulse.