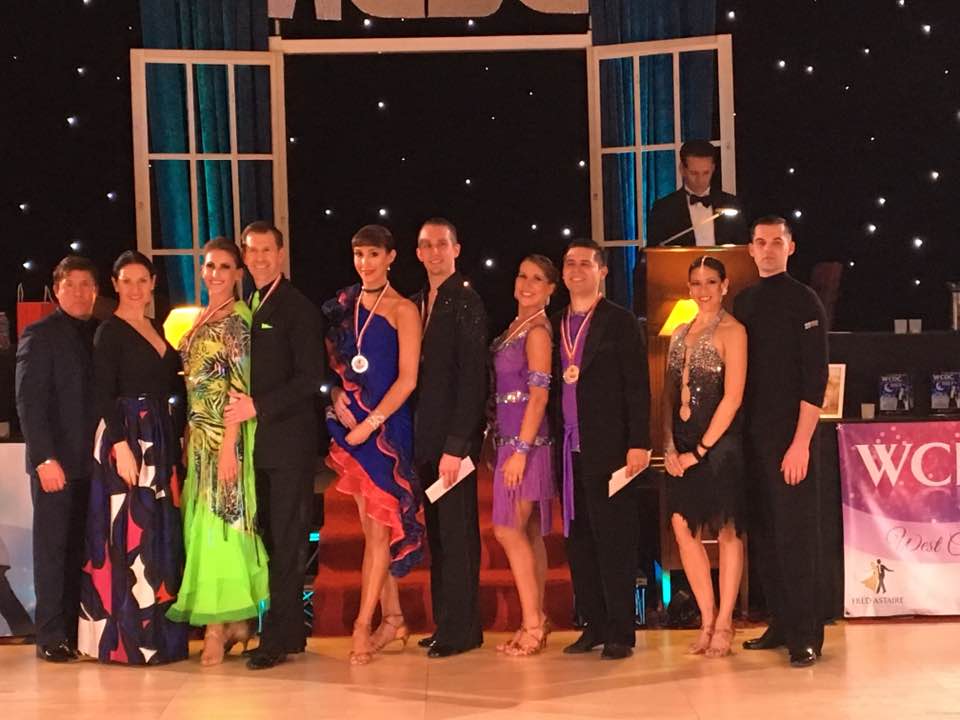 Is your idea of a perfect weekend filled with sequins, shoe polish, bronzer and competitors’ numbers? Then we hope you were at the West Coast Dance Championships earlier this month! For two days, dancers from the West Coast region thrilled and entertained judges and their peers, and by the end of the weekend, everyone had their time in the spotlight. It was a sight to behold, so if you missed it, here are the highlights!

To showcase student progress and encourage a little friendly competition, Fred Astaire Dance Studios holds regional and national competitions like the West Coast Dance Championships between studios. These competitions are annual events that allow students to get out of their comfort zones and get experience with competing in a safe and supportive environment.

Over January 6 and 7, competitors took part in American-style ballroom heats at the West Coast Dance Championships that allowed them to show what they had learned in the past year. From the waltz and the tango to the cha-cha and swing, dancers covered everything within the American repertoire of ballroom dance. Many dancers competed in several heats, including Amber and Uriah Stockdale, who won the award for Top Amateur Couple. Uriah was also the winner of the Top Advanced Student award. Some dancers didn’t compete as much, but wowed the judges just the same; among this group was Mike Ziecik, the winner of the Top Newcomer award. The Top Bronze Student was Mary Jo Voepel, from Fred Astaire Dance Studio of Bloomfield Hills, who stunned in both the smooth and rhythm styles of dance. Finally, the Top Student Overall was Colleen Lee, who danced with seven different partners this competition. Fred Astaire Dance Studio of Bloomfield Hills won Top Studio, while the Portland team was the runner-up.

The West Coast Dance Championships took place this year at the Marriott in La Jolla, CA. This beautiful hotel is situated near Pacific Beach, and was a well-appointed venue for the competition and awards ceremony. Dancers who wanted to explore the area were not disappointed — the Marriott was a short ride to many of the downtown attractions, including La Jolla Shores and several excellent restaurants. There was plenty to entertain those who didn’t want to venture far, between the hotel’s sparkling pool and three highly-rated restaurants.