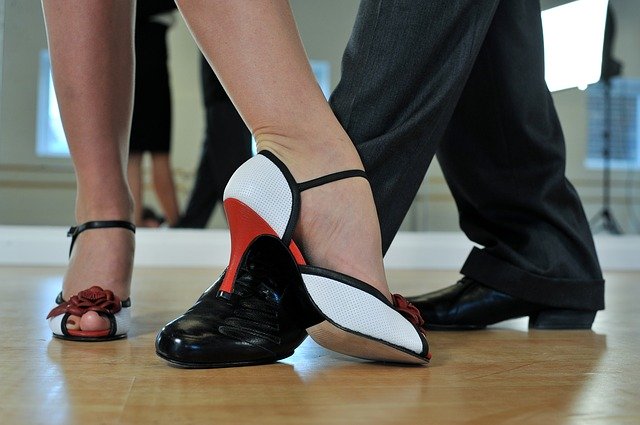 Dancing is a way for people from all walks of life to communicate and spark joy. Popular U.S. Dance Pairs can hold center stage by captivating and enthralling an audience with their skill and elegance.

Dancers have captured the attention of their audiences since the beginning of time. History reports indicate the first archeological evidence of dancing was discovered in a prehistoric cave painting in India. Egyptian religious leaders participated in dancing to tell stories, and the Romans performed dances as part of cultural ceremonies. Dancing has evolved over the centuries as music trends and society modernizes, but the value of dancing as entertainment and creative expression remains. Performers such as Shirley Temple, Jennifer Lopez, Sammy Davis Jr. and John Travolta are household names in the United States for their showmanship and panache on the dance floor. More than 21,000 professional dancers and choreographers work in the U.S., according to the U.S. Bureau of Labor Statistics. The popularity of dance-inspired television shows is helping the dance industry, and ballroom dancing, continue to thrive.

The brother and sister duo, from the Salt Lake City, Utah, area, gained professional acclaim as professional dancers on “Dancing With the Stars,” a dance competition television series. The pair left Utah to study dancing in London, according to reports. In addition to “Dancing With the Stars,” the Hough siblings have both starred in live musical television productions. In this clip, the siblings perform the jive to “Great Balls of Fire,” which was originally sung by Jerry Lee Lewis.

Gower and Marge Champion formed a dance partnership and married in 1947, according to Masterworks Broadway. The couple performed on television and in popular films, such as “Mr. Music” and “Showboat.” The Gowers even had their own television series, “The Marge and Gower Champion Show,” in 1957. In the 1960s, Gower Champion directed and choreographed numerous Broadway musicals, including “Bye Bye Birdie” in 1961, which starred Chita Rivera and Dick Van Dyke. In this performance, the Gowers highlight their talent during the final scene of the movie, “Lovely to Look At,” which debuted in 1952.

Fred Astaire left a lasting impact on the world of dance and is recognized by many as the greatest popular dancer of all time, according to Encyclopedia Britannica. Astaire began his dancing career with his sister, Adele, as his partner. The pair starred in several Broadway musicals, including the critically acclaimed, “Lady Be Good,” in 1924. Fred Astaire and Ginger Rogers starred in at least 10 Hollywood musical comedies together. The beloved cinema stars are celebrated for their movies, which provided a happy escape for many Americans during the Great Depression. Here is a sample of their fun-loving dancing aptitude in the film, “Roberta.”