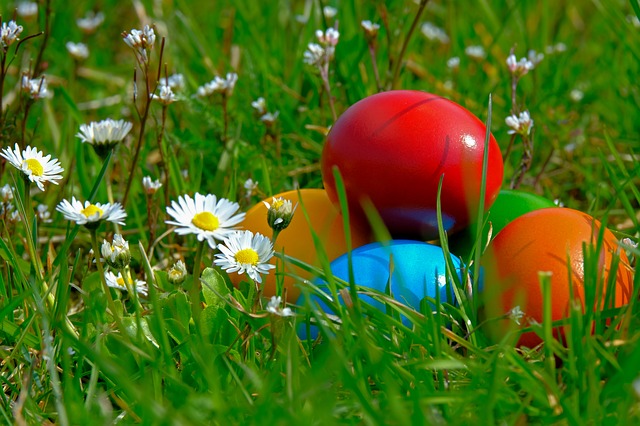 From bunnies to bonnets, traditions associated with Easter abound. However your family celebrates, we here at Fred Astaire Dance Studios are certain of one thing: We need some “Dancing With the Stars” news! We’ve got it for you and MORE as we get into the swing of things!

We bet the first dance was killer! “Dancing With the Stars” pros Val Chmerkovskiy and Jenna Johnson have tied the knot! The two became engaged last June during a romantic getaway to Italy. Many of the “Dancing With the Stars” professionals and amateur alumni were on hand for the vows. Val and Jenna actually are following in the footsteps of Val’s brother Maksim Chmerkovskiy who wed fellow DWTS professional Peta Murgatroyd in 2017.

“Dancing With the Stars” host Tom Bergeron is making it clear: he would love to see ABC bring the results show back. ABC dropped the DWTS results show back in 2013, but there seems to be a growing dissatisfaction with the new way scores are tabulated. Fans of the results show format feel that the current system doesn’t take into account dancer improvement. Readers of the website Gold Derby took part in a poll over the issue and a whopping 72 percent of them want the network to air a 30-minute-long results show. We shall see.

We don’t think she was a guest at Val and Jenna’s wedding, but she’s a celebrity all the same! You may have seen this video of a 96-year-old grandmother tearing up the dance floor at a family wedding. Now she’s caught the attention of pop star sensation Bruno Mars. It’s his song “Locked Out of Heaven” that she’s moving to. Mars re-tweeted the video to his fans. It’s high praise indeed from Mars as he is no slacker in the dance department himself!

URSULA WINS EASTER — AND THE INTERNET

Also taking the internet by storm is a special lady named Ursula, dancing through the halls at work. What’s so special about that lady? Well, the lady is a LAMB. Ursula was adopted by vet tech Erin Dryden when she was just born at the Longview Animal Care and Adoption Center in Longview, Texas. What’s better than a video of a lamb dancing? A SLOW-MOTION video of a lamb dancing! Enjoy.

From New York to New Orleans, you’ll find traditional Easter Parades rolling through the streets. The New York parade is the most well-known… for pretty obvious reasons! But NOLA has unique ways to celebrate as well, including a family-friendly parade through the French Quarter and plenty of bonnets.

PUT A CLASSIC IN YOUR BASKET

Of course, if you don’t feel like ‘stepping out” with your baby, you can always stay home and enjoy a classic. Fred Astaire and Judy Garland shine in the Warner Brother’s classic “Easter Parade.”