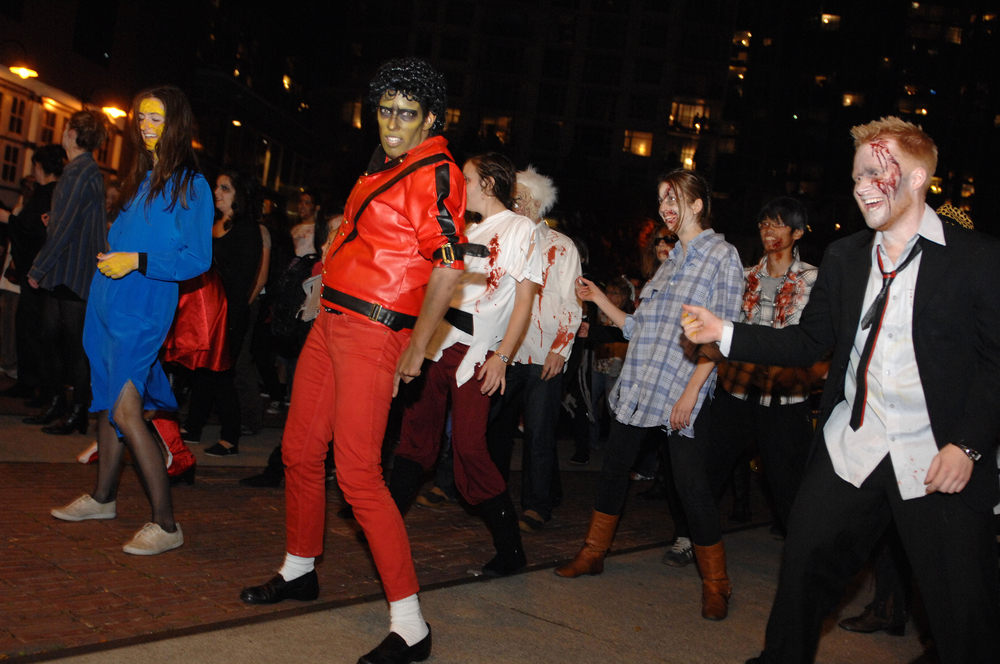 As Halloween approaches, Fred Astaire Dance Studios recommends brushing up on the iconic “Thriller” dance move to set a spooky mood and get your heart rate pumping before digging into your candy stash.

Michael Jackson started his music career at the young age of 5 years old, performing with four of his brothers. The Jackson Five inked a record deal with Motown Records in 1968 and quickly climbed the pop music charts to become a household name. Jackson was the group’s lead singer, and some of their popular hits include “ABC” and “I’ll Be There.” When he launched his first solo career in 1971, Jackson’s unique voice and ability to bridge the gap between pop music and rhythm and blues made him a worldwide sensation. His eclectic personality gained him both notoriety and followers throughout his illustrious singing career.

In 1982, Jackson released the album “Thriller,” which spent two years on the Billboard music chart and sold 100 million copies worldwide, making it the best-selling album of all time, The New York Times reported. Jackson made a fun, frightening video with some memorable choreography for the album’s namesake song. The “Thriller” music video, which debuted in 1981, is credited with fueling the rise of music videos and the cable network provider, MTV.

Early celebrity and constant media scrutiny took their toll on Jackson. Thwarted by accusations of child abuse, the singer died at his home in Los Angeles at the young age of 50 from cardiac arrest caused by a fatal combination of prescription drugs, the A&E Television Networks revealed.

Every October, “Thriller” returns to radio stations across the country and people remember Jackson’s contributions to the music world by tapping their toes to the beloved classic. Fred Astaire Dance Studios is here to help you learn the iconic dance moves to get you ready to celebrate the Halloween festivities. For a brief online tutorial on the “Thriller” choreography, click here.

For people who need a refresher on Jackson’s signature video, visit the link to view the popular, full-length music video.

Check out this costumed flash mob performing “Thriller” on Lakeshore Avenue in Oakland, California to get in the Halloween mood.

Kids at Baldwin Hills Elementary in Los Angeles get into the Halloween spirit by performing “Thriller” for an avid audience of parents.

Fred Astaire Dance Studios offers ballroom dancing lessons designed to teach you a fun, healthy hobby. After enjoying all the Halloween candy and revisiting a Halloween classic, stop by one of our local studios to learn how ballroom dancing offers a low-impact workout you can enjoy with friends during the chilly winter months ahead. Our certified dance instructors can teach you how to waltz, foxtrot, and swing in a social and caring atmosphere.

If you prefer to learn how to ballroom dance from the comfort of your living room, Fred Astaire Dance Studios offers a robust Online Lesson Platform with a vast array of recorded lessons. You can also book a 30-minute private streaming lesson with one of our instructors.