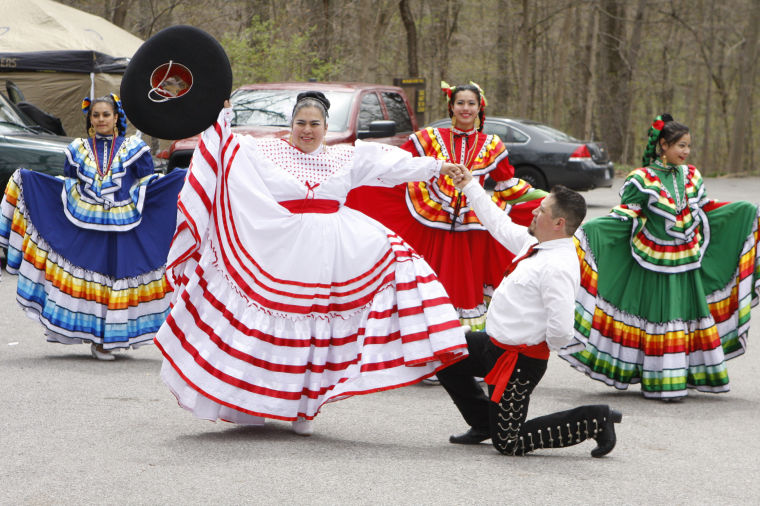 Mexico has a vibrant culture, and its holidays and celebrations have been adopted and blended by nations all over the world. Mexico’s mix of indigenous, African and European influences have created dance traditions that are as complex and mystifying as they are beautiful. Just in time for Cinco de Mayo, here are some of the most popular traditional dances that originated in Mexico.

The “Jarabe Tapatio” is probably the most well-known Mexican dance. It is known is English as the “Mexican Hat Dance”. It is a partner dance, where a man does his best to seduce a woman, and at the end he is rewarded for his efforts with an implied kiss behind a sombrero. The woman will typically wear the “China Poblana,” a style of dress that was worn by a 19th century woman brought to Mexico from India to work as a servant. This beautiful couples dance has been interpreted many times, by everyone from famous ballerina Anna Pavlova to the traditional Mexican dance troupe, Ballet Folklorico.

“La Danza del Venado,” or the “Deer Dance,” is a traditional Yaqui dance illustrating a deer hunt. Dancers, also known as pascolas, dress as either elaborately costumed hunters or as the dying deer, and instrumentalists play flutes, drums and rattles. This dance has undergone very few changes over time, so it would still be recognizable to Yaqui people from hundreds of years ago!

The “Tlacolorerosis” is typically performed on the Dia de los Muertos, or the Day of the Dead, and it celebrates the beginning of the agricultural season. Dancers dress in blue jeans, tunics and boots, and they use sweeping motions and loud stomps to mimic the look and sound of removing bushes to prepare a field for planting. This dance hails from the Guerrero region, where agriculture was critical to the survival of these villages.

“La Danza de los Voladores” is a ritual dance meant to appeal to the god of rain, Xlpe Totec. It’s based on Totonac myth, wherein five chaste young men from the tribe went into the forest, cut down the tallest tree and mounted it in the town square. These men then performed a ritual dance on top of the tree trunk, with four of them slowly descending from the top using ropes, while the fifth remained at the top, dancing and playing music. According to the myth, this worked to bring rain to the village. “La Danza de los Voladores” is still very popular today, even though some of the more complex elements of the dance have been lost to history.

The “Concheros” is one of the oldest dances still performed in Mexico. This dance dates back to shortly after the conquest of the Aztec Empire by the invading Spaniards, and thus has elements from the indigenous peoples and the Catholic conquistadors. The detailed costumes are meant to mirror the ritual garb of the Aztecs, and are typically brightly colored, with headdresses and shields made of large feathers, beads, wood and a host of other materials.

Traditional Mexican dances offer brilliant glimpses into the historical influences of today’s Mexico, and their bright and inventive choreography and costumes make them a delight to behold. This year, you can celebrate Cinco de Mayo by attending one of many festivals around the country, or even by putting on a show in your own home! Don’t pass up the opportunity to learn more about the history of this beautiful country!