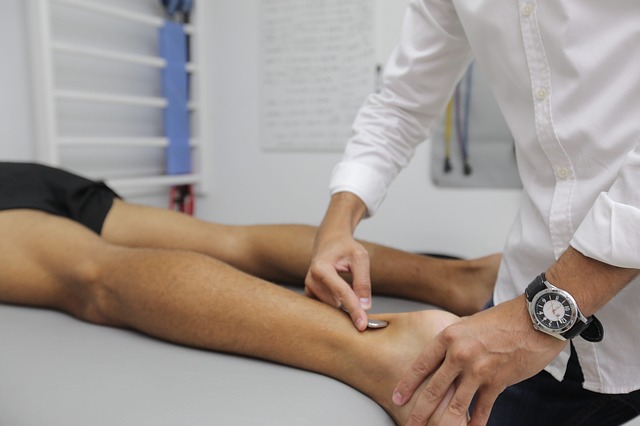 Our passion for ballroom dancing takes almost as many forms as there are types of dance. There’s the artistry, the community, the competitiveness, and the entertainment of it, but that’s not all. The physicality of the movements, the rhythm, the balance: they all come together to keep our bodies in motion and in turn, healthier. Doctors across the world are recognizing the health benefits of ballroom and many other types of dance, so it might not be much of a surprise to find the worlds of physical therapy and dancing coming together.

Here at Fred Astaire Dance Studios, the worlds of dance and physical therapy seem like a natural fit. Not everyone is familiar with the role of a physical therapist. According to the American Physical Therapy Association, physical therapists (or PTs as they are sometimes called) are “healthcare professionals who diagnose and treat individuals of all ages, from newborns to the very oldest, who have medical problems or other health-related conditions that limit their abilities to move and perform functional activities in their daily lives.” People may seek treatment from a physical therapist if they’ve been injured — maybe after a car accident or a fall. Others may seek help after a medical event — like a stroke or back surgery. Still others may turn to a PT as a preventative measure or to keep a mobility-threatening condition from progressing.

One of the most exciting fields of study is the addition of dance therapy as a treatment for Parkinson’s disease. Parkinson’s disease is mainly recognized by its progressive motor symptoms including tremors, muscle rigidity, and impaired gait and balance, according to “Parkinson’s News Today.” But the disease also presents several non-motor symptoms, including cognitive impairment, fatigue, mood disorders, and sleep disturbances. The ability of dance as a therapeutic strategy to address both motor and the non-motor symptoms simultaneously has researchers so excited.

Researchers wrote: “Dance may be effective in targeting motor symptoms of Parkinson’s disease because it incorporates the stretching and strengthening of muscles, and increases flexibility throughout the body, which may help maintain balance in people with Parkinson’s.” (Parkinson’s News Today)

“Another possibility is that practice of dance may activate areas of the brain that normally show reduced activation in Parkinson’s,” they added.

It’s a growing field of study about a disease that appears to be growing as well. In 2018, a wide-ranging new study called the Parkinson’s Prevalence Project estimated that more than a million Americans over the age of 45 will be diagnosed with Parkinson’s by 2020.

Dance for PD is another melding of art with therapy that is spreading across the world and helping patients. The program “inspires people with Parkinson’s — and those close to them — to experience the grace, fluidity, and joy that dancing brings”. According to Dance for PD, the program has never presented itself as a treatment, but instead as an arts program. Still, the power of the program is increasingly being recognized by doctors, with about seventy percent of the participants coming through physician referrals.

As our world expands, researchers and medical professionals are recognizing the power of music and movement. From the artistic to the ability to help us heal both physically and emotionally, dancing has power. The results are clear, pick your passion and get moving.