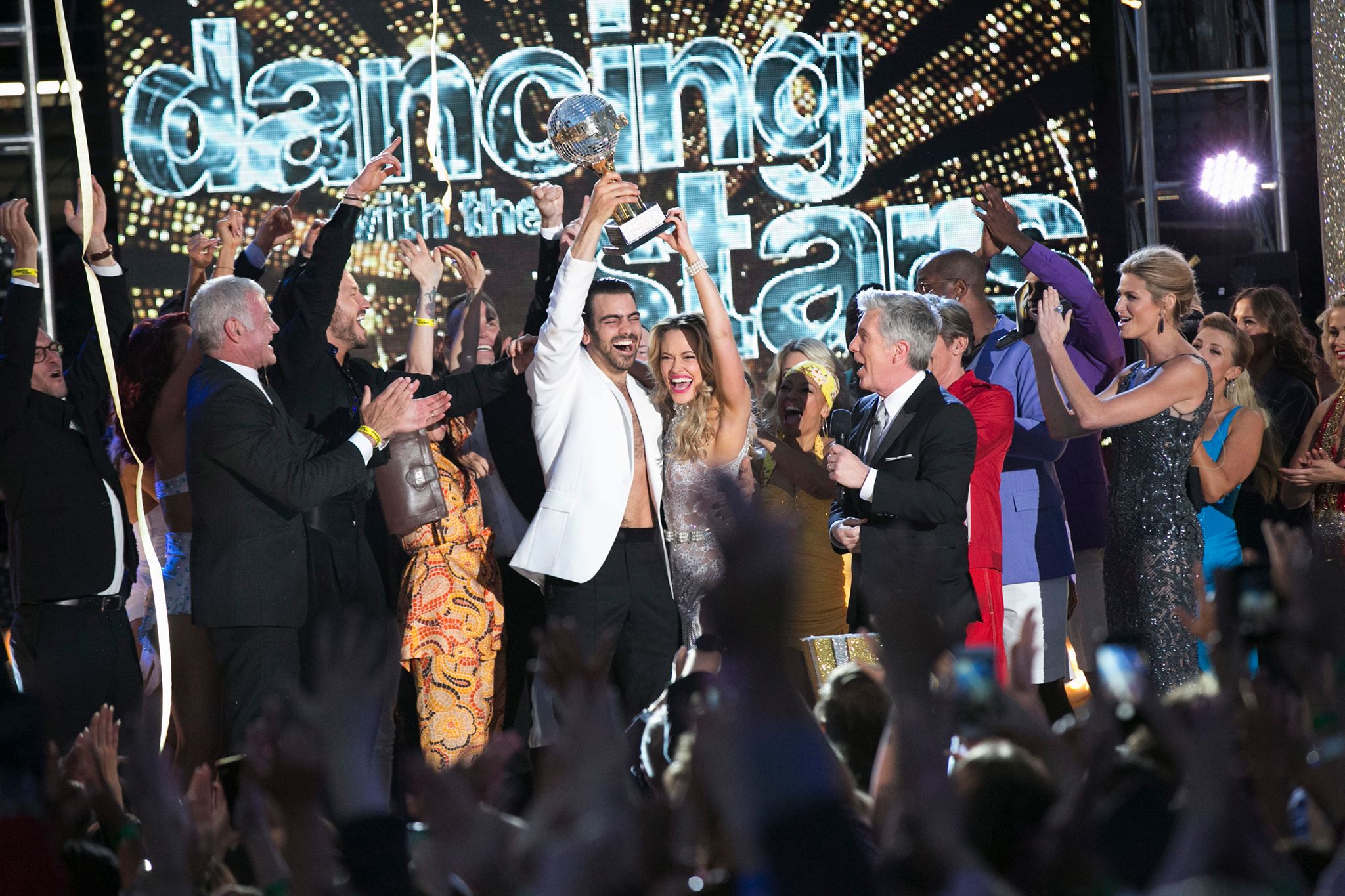 Another amazing season of Dancing with the Stars is complete, and what a season it was! So many amazing moments highlighted the 22nd season that we couldn’t possibly show them all, but before we congratulate this season’s winners, let’s take a look back at some of the fun moments of Season 22.

The season started off with a bang, but talk show host Geraldo Rivera and his partner Edyta Sliwinska, were eliminated in Week One.

The next four weeks also saw the departures of Mischa Barton, Marla Maples and Kim Fields. As the season heated up, two of the NFL stars were eliminated despite exciting performances and skilled partners. For Von Miller and Doug Flutie, the competition was simply too fierce.

Actress Jodie Sweetin, co-star on the show “Fuller House” and the first celebrity contestant announced this season, was the last dancer eliminated entering the semi-finals.

But boy did we love her first dance of the season!

The semi-finals brought the heat, with flawless performances from former Boyz II Men member Wanya Morris and deaf contestant Nyle DiMarco.  But this episode was a double elimination night, and Wanya and Antonio Brown both said good-bye as the show headed into the finals.

Three couples Paige VanZant and Mark Ballas; Nyle DiMarco and Peta Murgatroyd; and Ginger Zee and Valentin Chmerkovskiy, competed for the coveted mirror ball trophy during a two-night finale. Everyone danced their hearts out, but we especially loved the Fred Astaire and Ginger Rogers tribute from Valentin and Ginger.

but when the final vote was announced…

Nyle has been a fan favorite since the beginning, as he worked to overcome the limitations his deafness placed on him in a competition that hinges on perfect rhythm and cuing. He even performed blindfolded once, which stunned the judges and proved to himself and everyone else that absolutely nothing could hold him back.

Congratulations to Nyle DiMarco and Peta Murgatroyd. We can’t wait to see what next season has in store!