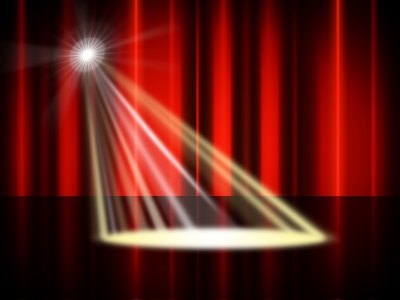 You don’t necessarily know the names of the Broadway choreographers who created them, but you know their dances, even if you’ve never made it to New York City to see them. Broadway’s toe-tapping tunes and enthralling dance numbers delight audiences from coast to coast when the performers step off their usual stages and onto the stages of award shows, giving television audiences a peek into the Great White Way. Those performances inspire many of us, and we end up tapping our way from our living rooms into the Fred Astaire Dance Studio!

Broadway stars and their incredible moves are enough inspiration for us any day. The most famous dances from Broadway shows can put a stir in our hearts and a rhythm in our feet.

Maybe when you and your gang get together, you can’t help but dance.

Perhaps you’d like someone to ask you — shall we dance?

Or maybe, you’re so inspired you know you just can’t throw away your shot to learn a new dance step or two.

The Tony Awards bring the larger-than-life song and dance of Broadway into our living rooms each summer. They are often the ticket to a renewed love of the art of not only theater but of dance. Broadway continues to be the one place where dance dominates and is celebrated! While the Tony Awards celebrate everything that goes into putting on a Broadway show, there is an award just for the choreographers and dancers. In the fall, the first Chita Rivera Awards will be given out to the top men and women who high kick, tap and twirl on and off Broadway. “Bandstand” is the top nominee among the Broadway contenders; it’s sure to have you digging out your dancing shoes.

Television is beginning to bring more Broadway to our living rooms with live productions of Broadway shows. “Peter Pan,” “The Wiz!,” “Hairspray” and “Grease” are all former Broadway shows that have been produced live on television. There are plans for “Jesus Christ Superstar,” “Rent” and “The Little Mermaid,” with a possible production of “Bye Bye Birdie” joining the growing field of Broadway shows coming to TV. Each helps introduce the art of dance to a new audience, keeping the enthusiasm for the expression alive.

Broadway’s theater district came to be right around the turn of the last century. The plays have introduced ideas, given us unforgettable songs and helped keep the art of dance alive and vibrant. That’s true now more than ever before, thanks in great part to the ability to see Broadway performances in our own homes during award shows or special productions. For decades, Broadway performers have inspired people to give it a whirl! If you’re ready to try your hand (or foot, as the case may be) at some inspiring dancing of your own, contact your local Fred Astaire Dance Studio. There, you can turn your dancing spark into a flame!