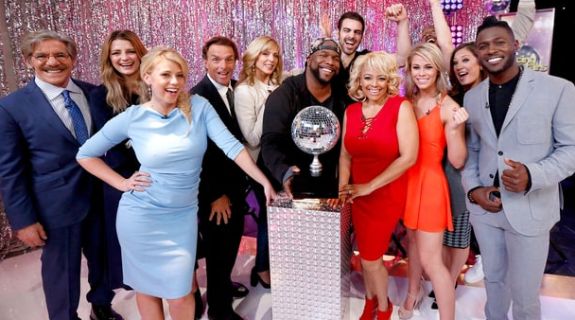 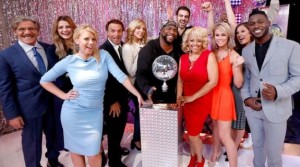 The “Dancing With The Stars” cast has been released, and people have already started making their predictions ahead of the Monday night premiere. Some of you, especially younger viewers, might not recognize some of the names on the list, so we wanted to put together a quick biography on each of them. Based on this information, who do you think will take home the top prize?

The celebrity pool is chock full of actresses this season! Jodie Sweetin was the first name released on the cast list. The former child star just reprised her role as Stephanie Tanner in “Fuller House,” the spinoff of the ’80s sitcom “Full House.” She is joined by three other decorated and talented actresses, including Donald Trump’s ex-wife, Marla Maples. Marla said in an interview on “Good Morning America” that her late mother was a huge fan of the show, so she feels very lucky to be a part of it. Mischa Barton, former star of “The O.C.,” is looking forward to the challenge of competing against her fellow stars. She told PEOPLE Magazine that she was excited to push her limits, because “[y]ou always learn something about yourself when you do that.” And Kim Fields, of “The Facts of Life” and “Real Housewives of Atlanta,” is ready to bring the competition to the other stars’ doorsteps.

The news show “Good Morning America” sent two of its own to compete this season! Ginger Zee is a meteorologist, and as of December, mom to a brand new baby boy! Her first appearance on “Dancing With The Stars” will come exactly a week after her return to “Good Morning America” after taking maternity leave to be with her son. Geraldo Rivera is an award-winning journalist and talk show host. He says the last time he danced was at his wedding in 2003, so he’s looking forward to getting back on the dance floor and showing his moves!

There are several athletes in this group of stars. Paige VanZant is a UFC fighter, and she hopes her fighting moves will help her out in the competition! She told “Good Morning America” that a lot of the moves she uses in fights transferred well to dancing, and she and her partner have already hit it off. This is the first season with three NFL players. Legendary retired New England Patriots quarterback Doug Flutie will be dancing, as well as the Pittsburgh Steelers’ wide receiver Antonio Brown and Denver Broncos’ linebacker and Super Bowl MVP Von Miller. Here’s hoping those skills on the gridiron translate to skills in the ballroom!

Wanya Morris, of the R&B group Boyz II Men, has floated the idea of dancing to his own music once or twice. And Nyle Dimarco, the winner of the final season of “America’s Next Top Model,” is the first fully deaf contestant to ever dance on “Dancing With The Stars.” He and his partner both agree that it’s been a challenge, but he’s a great student paired with a wonderful teacher, so we don’t expect the season to be too difficult!
So there you have it! Enough information to start picking your favorites and making predictions. Season 22 has come with a lot of firsts, and it will be interesting to see how the dancers perform under the pressure! Catch the premier on ABC at 8 p.m. on Monday, March 21!