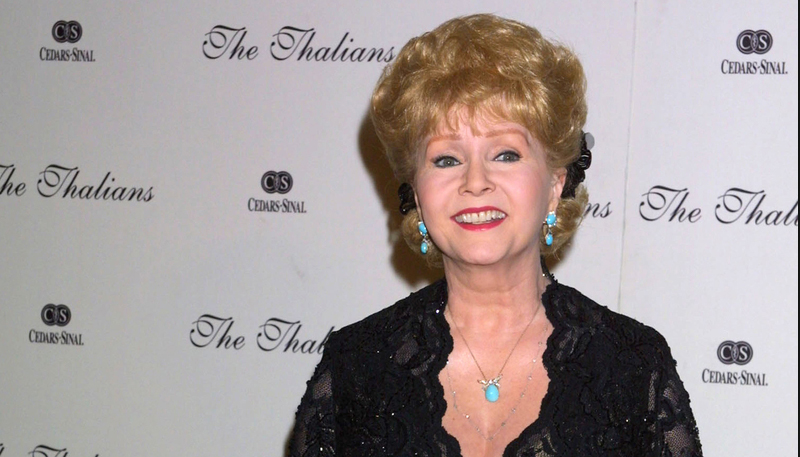 Everyone who is interested in dance and theatre knows of this classic film. Her performance in this movie is what put Debbie Reynolds on the map. It was shortly after her move to the MGM Production Studio, which is where she stayed for the majority of her film career. But holding your own with two of the greatest dancers of all time is no mean feat. Debbie reportedly received dance lessons from Gene Kelly while filming, to help her brush up on the dance lessons she took when she was 10. The result was a cinematic masterpiece. “Singin’ in the Rain” is still ranked among the top ten greatest films of all time.

Debbie Reynolds and co-star Donald O’Connor had terrific chemistry in this movie, and this scene put it on full display. “I Love Melvin” was silly, fun and charming, and it was one of the movies that established Debbie’s girl-next-door image. As you can tell, her tap dancing skills didn’t get rusty between the films, and she stuns in this duet!

Debbie Reynolds was the queen of physical comedy. With her expressive face and perfect comedic timing, she could get more laughs with a clumsy swing of her hips than many could with dialogue. In the titular role of “The Unsinkable Molly Brown,” Debbie really let her wild side free, and she brought life, grit and enthusiasm to every scene.

Debbie is at her best and most free in this role of reinvention, a tale of a girl from a hard-scrabble upbringing who becomes one of the richest women in America after her husband finds one of the biggest gold veins in Colorado state history. In this scene, she convinces her husband to travel with her to Europe, where they hope to join the elite social class. They dance and drink champagne straight from the bottle, and their joy is palpable.

Debbie appeared on “The Tonight Show” with Johnny Carson in 1974, just off touring with the show “Irene,” and they immediately got to dancing! Johnny Carson was an excellent dancer with a great appreciation for swing and other styles of dance from the 20s and 30s, but Debbie danced circles around him in this segment. And when Johnny attempted some aerial moves that they weren’t quite ready for, Debbie covered it by turning the end of the dance into a physical comedy bit by pretending she couldn’t get her balance.

Debbie performs “Your Love is Lifting Me Higher” in Las Vegas, 1978

In addition to being a star on screen and stage, Debbie was one of the longest-running performers in Las Vegas clubs. In this performance, she was 46 years old, but after a career of singing and dancing, you would have thought she was 10 years younger.

All of Hollywood is feeling the loss of Debbie Reynolds. By all accounts, she was as kind as she was talented, and her decades-long career gave several generations the chance to experience her presence on screens big and small. Along with the rest of the film and theatre world, we at Fred Astaire Dance Studios bid a tearful farewell to early film great, Debbie Reynolds.