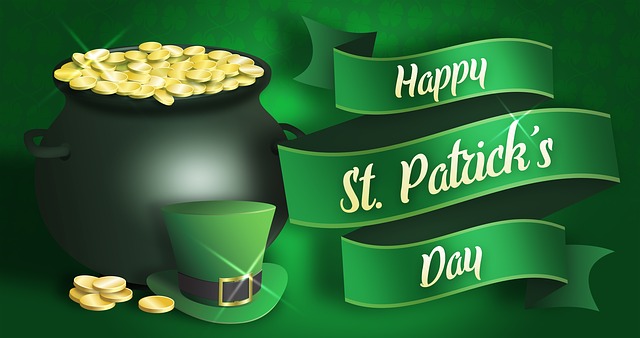 A day of religious observance, or a cultural celebration — St. Patrick’s Day is both. For many, it is the day to celebrate the work of Patrick, who is said to have converted thousands of Irish to Christianity during the 5th century. He was eventually made a saint and is remembered every March 17… the day of his death.

St. Patrick’s Day is also a day when people across the world celebrate all things Irish; the people, the food, the song, and of course, the dance. So, stand up and cruise to the nearest ceíli´… but first, join Fred Astaire Dance Studio as we get into The Swing of Things — St. Patrick’s Day Edition!

THE WEARING OF THE GREEN

There are many different reasons as to why the color green is associated with Ireland and St. Patrick’s Day, most of them steeped in Irish mythology and politics. You’ll see a sea of green on the holiday — everything from clothing to food and drink. In Chicago, they take the wearing of the green very seriously, going so far as to dye the famous Chicago River green in celebration of the day. The tradition is said to have started sometime in the 1960s, with the color lasting around five hours.

Irish set dancing is very popular and very competitive among young Irish dancers. The upper body is kept rigid while the footwork is intricate, requiring athleticism and skill. These young people are dancing at a casual event, but if they were in competition, they would be wearing elaborate costumes.

Of course, one of the reasons people are so enchanted with Irish dancing is that it’s usually accompanied by beautiful traditional Irish music. Walk into almost any pub in Ireland on a given night, and you’ll typically find at least a small band of musicians. Commonly found instruments might include a tin whistle, a bodhran, uilleann pipes, a fiddle, a banjo, and perhaps a harp and an accordion.

Any gathering of Irish folks is likely to break out into a session of song, dance, or storytelling. With a culture as rich and as strong as Ireland’s, coupled with people prone to creative streaks, you’re likely to capture moments that are just waiting to go viral — like this scene from an Irish wedding as it was winding down.

CÉAD MÍLE FÁILTE — THE LAND OF A THOUSAND WELCOMES

The Irish language (known as Gaeilge) enjoyed a resurgence in Ireland for a while. The number of speakers appears to be falling off again, but there is still no shortage of song in the native language. Irish is still the national and first official language of the Republic of Ireland and will continue to live on as traditional songs are handed down through the generations.

Until next time — slán! And don’t forget to wear your green (you wouldn’t want to get pinched)!