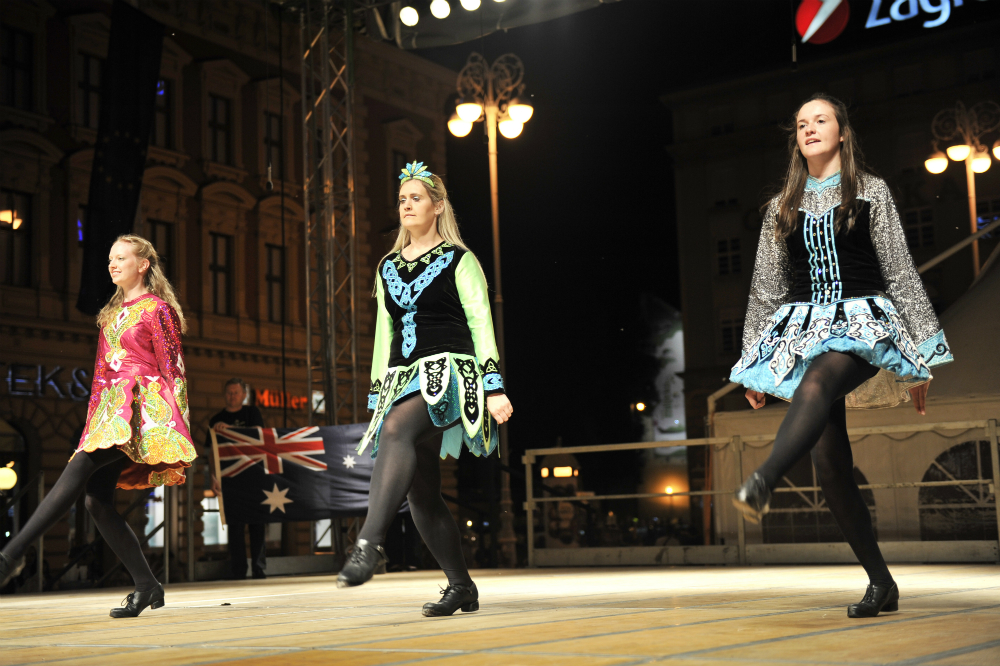 With St. Patrick’s Day right around the corner, all we want to do is an Irish jig, but do you know the rich history of Irish dance? Today, it is full of glittery costumes and curly wigs, but it was very different back when it began.

The rise of Irish dancing started in Ireland in the 18th century when a character known as the “Traveling Dance Master” would travel from village to village, teaching peasants to dance traditional folk dances. He would teach lessons for a fee and stay in these villages for a short amount of time. After the people of that area learned the dance, the dance master would move on to a new location and begin the process again. After some time, there were multiple traveling dance masters who brought traditional dance all around Ireland. They were generally flamboyant men who wore bright colors and patterns. While they were traveling, they had to use the space that they had available — usually barns. These spaces were tight, especially with all the students eager to learn, so they taught the dances in small box steps, just like that of modern Irish dancing.

Irish dancing’s rise in popularity began in the late 1800s when the Gaelic League was established to promote Irish culture. This brought Irish dance to the forefront and it began being taught all over Ireland, as well as in places like the United States and England, where it continued to spread. Over the years, people turned to Irish dance to express their heritage. This acclaim lead to Irish dance becoming the national dance of Ireland and the performance of it became a symbol of Irish nationalism.

Riverdance, an Irish theatrical performance consisting of Irish music and dance, made Irish dance a phenomenon in 1994 when it was first performed. This is also when the current costumes and style of Irish dance became popular. After the success of Riverdance, Irish dancing competitions and classes popped up globally and people all over the world, even those who were not of Irish heritage, began to learn the craft.

Today, there are many different types of Irish dance that people can practice. The three main types are the céilí dances, set dances and step dances.

The céilí dance is a social dance performed with a large group of people. This is the one that the dance masters would teach to the less gifted students because it is generally more about enjoying dance than technique.

Set dances are done in groups of four couples and involve square sets — similar to American square dancing. There are a number of “sets” that can be performed and “sets” are typically named after the area in Ireland where they originated.

The third type, step dances, comes in two basic styles, soft shoe and hard shoe. Step dancing can be performed individually or in a group. This is the type of dancing that you will generally see in competitive Irish dancing.

If all this history put you in the dancing mood, check out your local Fred Astaire Dance Studio to sign up for a dance class and get moving.