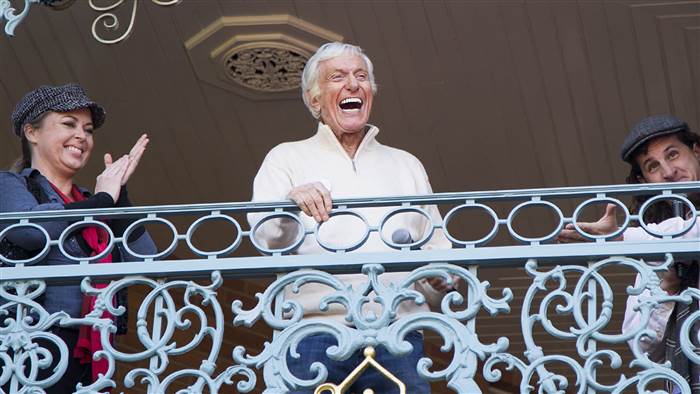 As 2015 comes to an end, there are lots of great dance moments to look back on, and a few new ones to enjoy, as well! Take a look:

Dick Van Dyke received a special surprise for his 90th birthday when a flash mob danced to several songs from his role as Bert in “Mary Poppins.”

“Once a dancer, always a dancer!”

This 89-year-old former ballerina was thrilled that her rehab facility had a ballet barre. This just goes to show you’re never too old for dance!

21-year-old ballerina Lucila Munaretto was in an accident that left her in a coma and fighting for her life. But her love of dance never wavered, and a few months later, she found herself back on the stage.

Take a look at the best celebrity dance moments of 2015. And be sure not to miss Justin Bieber’s music video for “Sorry” featuring a group of ladies with some incredible dance moves! We wonder what 2016 will bring … .