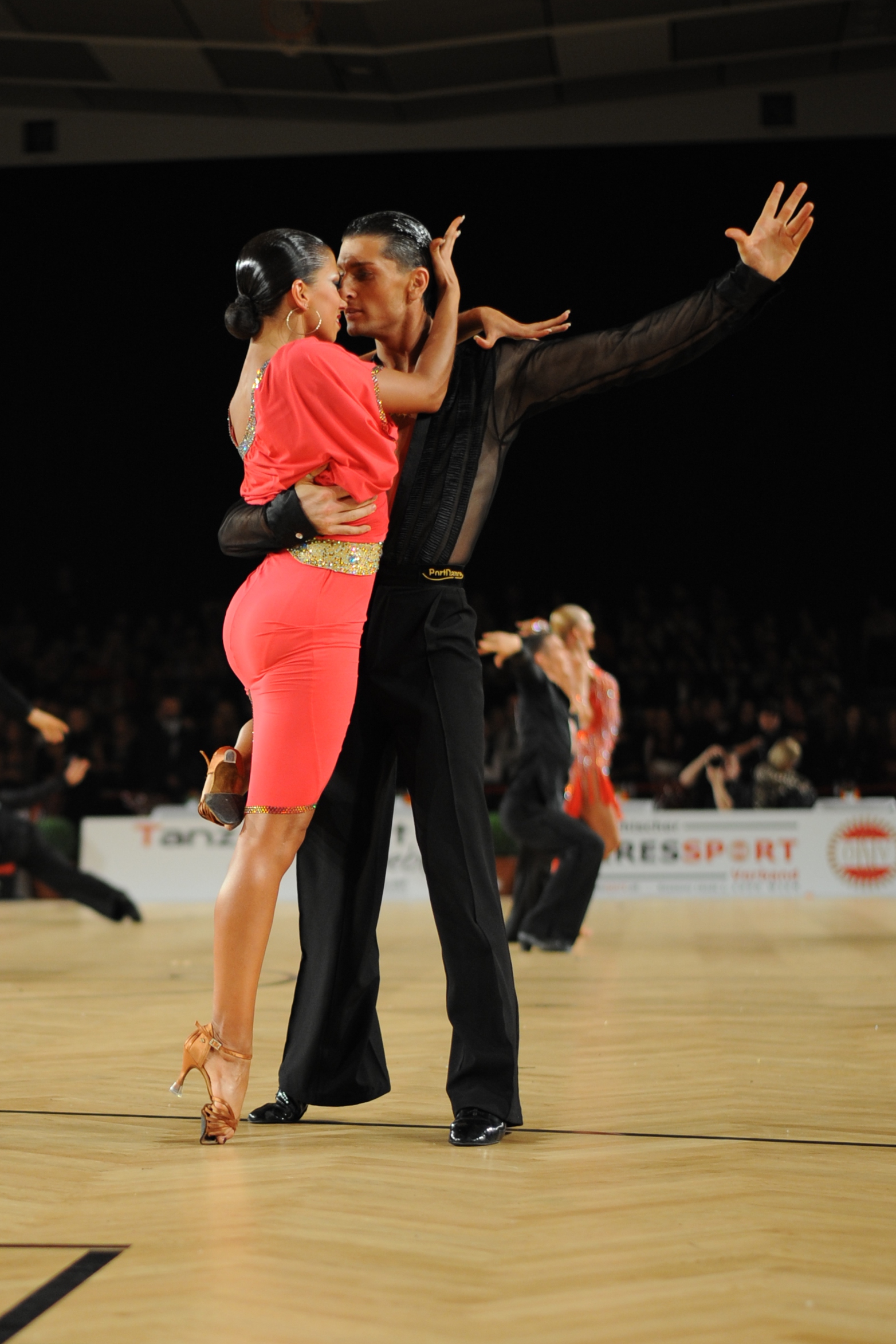 The Rumba is a dance that tells a story of love and passion between a strong man and a coy, teasing woman. Full of slow rhythms and sensual movements, the Rumba is considered by many to be the sexiest of all the Latin dance styles.

Although mistakenly referred to a specific type of dance, the Rumba is actually a term to collectively describe a variety of dances of Afro-Cuban origin. The earliest roots of the Rumba extend way back to the 16th century, when slaves were brought to Cuba and introduced the new saxy moves to the local culture.

In the 1920s, Cuba actually banned the Rumba from being danced, claiming that it was “too wild to be danced in public.” Eventually the law was forgotten about and as people started dancing it again, it began to spread to the US and other nearby areas. By the 1930s, most of America had become familiar with Latin music and caught onto the allure of the Rumba.

The Rumba is danced as a serious and romantic dance that incorporates flirtations between partners. Dancing on the 2, 3, and 4 beats, the first beat of music is reserved for the sexy hip movements and spiral turns the dance is known for. A simpler box step version of the Rumba is also an option for new dance students. Here are some very basic tips for beginning Rumba dancers to remember:

There are variations of course, but generally speaking, the Rumba is a slow, sensual, flirty dance that leaves little to the imagination. Dancers move close to one another, embrace each other, taking unfettered delight in the proximity of each other’s bodies. Today, this dance of love and sensuality is one of the most popular ballroom dances and can be seen all over the world in nightclubs, parties, weddings, and dance competitions.

What ballroom dance are you most excited to learn first?