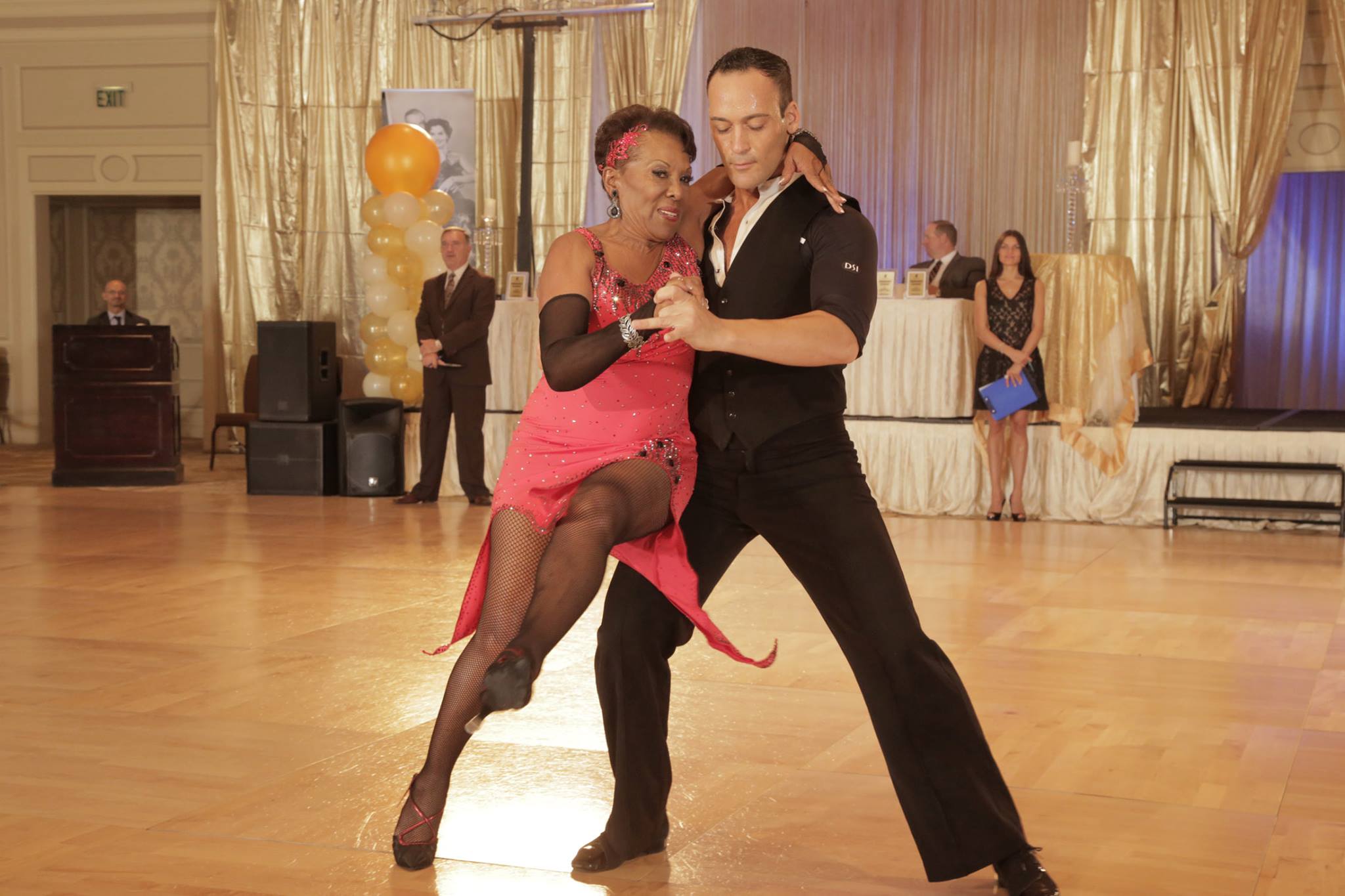 Self-improvement and weight loss are the most popular New Year’s Resolutions, but, according to International Health, Racquet & Sports Club Association, 40 percent of all folks will cancel their gym membership within six months of registering?

So, if you are bored with barbells or tired of the treadmill, you’re not alone. This year, people are trading in their cross trainers for dancing shoes and shimmying into shape with the new fitness craze of learning to dance.

In a recent survey, the top 10 fitness trends of 2014 include weight loss, functional fitness and programs for older adults. Dance offers all three in a fun, creative space.

“Dance provides the health benefits people crave in an exhilarating environment” says Jack Rothweiler, President and CEO of Fred Astaire Dance Studios. “There can be gain without pain!”

Why it’s better in the Ballroom

Research conducted over the last 20 years reveals a long list of physical, mental and emotional benefits from dancing. Here are a few of our favorites:

Weight Loss: According to Mayo Clinic, dancing continuously for 30 minutes has the same impact on weight loss as walking, swimming, or cycling?

Bone up: Even if you’ve got two left feet, you’ll want them to remain strong! The American Council on Exercise found that dancing boosts bone density, along with muscle strength and coordination.

Fight off the Flu: The National Institute of Health reports that dancing increases the rate at which antibodies flow through the blood stream, boosting immunity. The increased body temperature generated during moderate exercise can help prevent bacterial growth which causes the flu.

Stress Buster! Research in the Journal of Applied Gerontology reveals dancing with a partner or by yourself to music is a great way to relieve stress.

Tango on: Complimentary Therapies in Medicine published a study which found that doing the tango resulted in lower levels of depression, stress and anxiety.

Fights Dementia: The New England Journal of Medicine found in a 20-year study of more than 500 senior citizens, ages 75 and older, dancing was the only physical activity that prevented people from developing dementia as they age.

Builds Strength: According to the Journal of Aging and Physical Activity, side-to-side motions of many ballroom dances, such as mambo and swing, strengthen the tibia, fibula, and femur, and also help in the prevention or slow loss of bone mass associated with osteoporosis.

It’s Fun: Dr. Jonathan Skinner, Queen’s University of Belfast, Ireland, recommends social dancing as a great way to keep older Americans engaged. Aside from giving people something to enjoy, it reduces social isolation and even the aches and pains frequently experienced in old age.

Whether it’s your first time in the dance studio or a chance to return to the dance floor, dancing is the optimal way to enjoy the mental, physical and emotional health you’re looking for in the New Year!