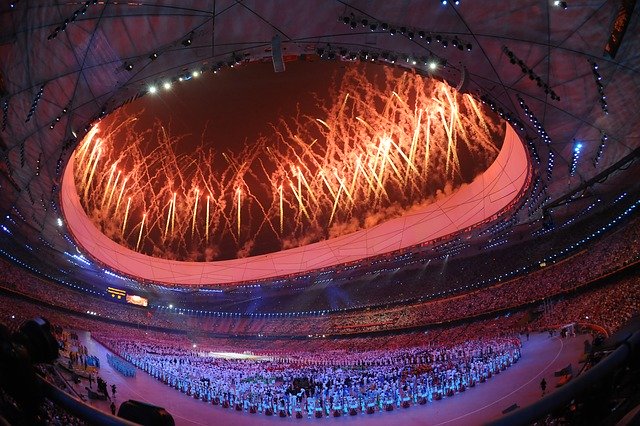 To help athletes and viewers cope with the postponement of this year’s Summer Olympics in Japan, Fred Astaire Dance Studios is taking a walk down memory lane by highlighting some memorable performances from past Olympic opening ceremonies.

Sports fans from around the world typically cheer their country’s best and brightest athletes at the Summer Olympics in July. In March 2020, the Japanese prime minister postponed this summer’s scheduled games, owing to the outbreak of COVID-19. The modern Olympics has only been canceled three times since it started in 1896, once during World War I and two times during World War II, according to History, an online resource. For many athletes, the postponement of the Summer Olympics could derail their dream of standing on the podium. The International Olympic Committee employs a bevy of mental health professionals to ensure the emotional well-being of Olympic athletes during this unprecedented time.

The pandemic is also taking a toll on the mental health of many Americans as they deal with isolation, uncertainty and the cancellation of many of their treasured summertime activities, like the Summer Olympics. Fred Astaire Dance Studios believes dancing can help provide solace during this difficult season. Dancing helps boost physical fitness, improve mental health, and it’s fun. Fred Astaire Dance Studios offers lessons at its local studios as well as an Online Lesson Platform allowing you to learn to dance from your home.

The Olympic opening ceremonies serve as a platform to showcase the culture, art and history of the host country, and dancing plays a major role in every ceremony. Host countries spend millions of dollars, and celebrated directors choreograph elaborate performances. England reportedly spent $42 million on its opening ceremony festivities in 2012, and Brazil spent approximately $20 billion in 2016, according to various media reports.

In this first memory, Nikki Webster performs “Under the Southern Skies,” during the Olympic opening ceremonies of the 2000 games in Sydney, Australia. The young singer is accompanied by performers dressed in a wide variety of traditional garb. The song was selected to help promote the integration of the more than 270 ethnic groups that make up the population of Australia.

Check out this recreation of the British Industrial Revolution during the opening ceremony for the 2012 Summer Olympics in London. Performers artfully retell the period of history when the country moved from an economy focused on farming to one relying primarily on industry and machine manufacturing.

Elaborate costumes are just one of the highlights of this performance from the 2008 Beijing Summer Olympic opening ceremony. Dancers showcase China’s Tang Dynasty, which ruled the country from 618 to 907 and is recognized for the flourishing of cultural arts during this time.

For more information about how dancing can bring joy to your life during tough times, contact your local Fred Astaire Dance Studios.