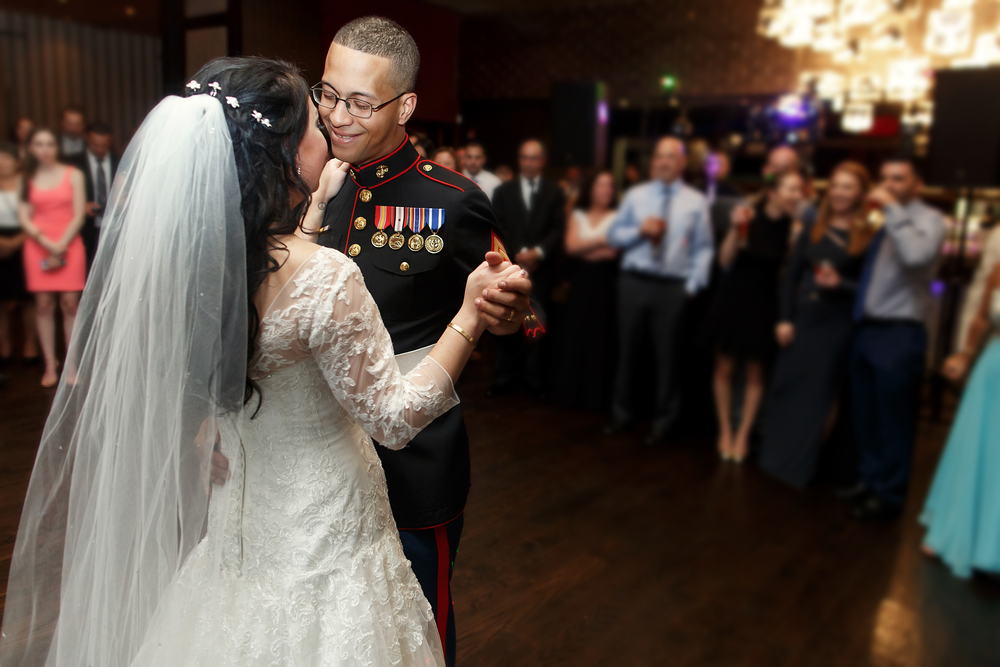 As Americans prepare to celebrate Veterans Day, Fred Astaire Dance Studios is highlighting the annual Marine Corps Ball, typically one of the hottest tickets in town in November.

The Marine Corps Ball is an epic evening held each year on November 10 to honor the birth of the United States Marine Corps. The Marines are the land force of the U.S. Armed Forces. In 1921, Gen. John A. Lejeune summarized the history, mission, and tradition of the Corps and ordered the history to be read to all Marines every year. The first formal dance to celebrate the occasion was held at the Marine Barracks at Ft. Mifflin, Pennsylvania. Traditionally, guests dress to impress and spend the evening dining and dancing to pay tribute to the history of the Corps. Each ball features a ceremonial cake cutting, speeches, the reading of Gen. John A Lejeune’s birthday message, and a birthday message from the current Commandant. Marines look forward to the night of revelry with their peers and to let off steam by hitting the dance floor.

Dancing is an essential component of each celebration. After the formal ceremony, Marines of all ages turn up the music and dance. In addition to renting a tuxedo or buying a formal dress, Fred Astaire Dance Studios recommends Marines stop by one of their local studios to brush up on their ballroom dancing skills. Fred Astaire Dance Studios believes life is better when you dance and offers ballroom dance lessons to people of all ages and abilities in a welcoming, 100 percent non-judgmental, and truly joyful environment. Impress your fellow team members by learning how to waltz, rumba or tango before the big event.

Dancing has been proven as an effective tool to treat post-traumatic stress disorder in veterans, according to the National Institutes of Health. Researchers believe the transformative power of dancing helps veterans improve their self-confidence and well-being. Fred Astaire Dance Studios is proud to offer a discount on dance lessons to all members of the U.S. Armed Forces, including Marines.

Many Marine Corps commandants are making the difficult decision to scale back this year’s celebrations owing to the outbreak of COVID-19, according to Task & Purpose, a military and veteran-focused digital media company. To ensure the safety of their Marines, many commandants are opting to hold small cake-cutting celebrations, similar to the ones hosted at hostile locations overseas. In these celebrations, they keep the tradition alive by offering MRE pound cake to the oldest and youngest Marines who are present, the Task & Purpose reported.

Since it’s not likely many of us will be attending a U.S. Marine Corps Ball in 2020, take a look at the pomp and pageantry of some of the celebrations of yesteryear.

To get in the spirit of the celebration, check out this birthday cadence from the U.S. Marine Corps introduced last year.

Several Marines showcased their dance skills by participating in a dance-off at one of the Marine Corps celebrations in 2013.

U.S. Marine Corporal Kelly DeSantos invited musician Justin Timberlake to be her date for a ball in Washington, D.C., via an online invitation. He accepted her request and told fans it was a life-changing evening.

Visit your local Fred Astaire Dance Studios location to schedule a lesson to get ready for that important date in your life or to learn a new hobby. Visit www.fredastaire.com to take a virtual lesson from your living room.