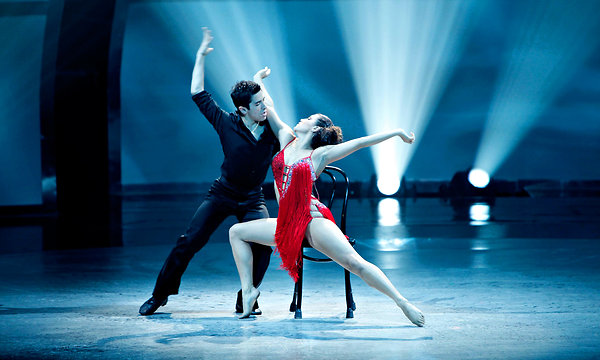 Energetic, unique and danced with playful intensity, the Merengue is also somewhat mysterious! Even though it is considered to be the national dance of the Dominican Republic, the origins of the Merengue are shrouded in folklore! Though it seems to have simply appeared in the world of partner dance, several popular stories have been passed down for centuries that try to explain just how this dance came to be.

The first story has a somber origin, alleging that the dance originated with slaves who were chained together. Out of necessity, the slaves were forced to drag one leg as they cut sugar to the beat of drums, eventually developing into the basic movement of the dance.

Another story suggests that a great hero was wounded in the leg during one of the many revolutions in the Dominican Republic. A party of villagers welcomed him home with a victory celebration and, out of sympathy, everyone dancing felt obliged to limp and drag one foot.

Others, still, say that the Merengue was first danced by a pirate with a wooden leg! Tall tales, perhaps, but they add to the allure of this mysterious and lively dance.

Merengue itself is a fusion of European and African cultures and quickly became the most popular form of dance in the Dominican Republic because of the simple steps and movements. Partners generally maintain close contact throughout the dance, often times alternating between holding hands and separating. Dancers also usually add in their own steps to give the dance an individualistic spin. Growing in popularity, this dance is both fun to and easy to learn.

The term “merengue” is a Spanish version of “meringue,” which in French translates to a “confection made from whipped egg whites and sugar.” The light and fluffy nature of the dance makes it easy to see how it got the name.

There are three basic movements to the Merengue – the Side Basic Movement, the Forward Basic Movement and the Back Basic Movement. These three combine to create the Merengue “moves,” which are loosely defined as any sequence of eight steps. Generally, you don’t change from one movement to the other until a count of eight steps is completed, but this will vary from couple to couple. Facing each other, the dancers will perform complementary steps. Meaning that if man moves his left foot forward, back or side left, the lady will move her right foot back, forward or side right.

Ready to Find your Fred? Click here for Fred Astaire Dance Studios locations near you.Today the presence of Merengue can be felt all throughout the island of Hispaniola, with popularity in both the Dominican Republic and Haiti, as well as a growing interest throughout the western dance world.

Have you ever tried the Merengue? How did it compare to other dances you’ve learned