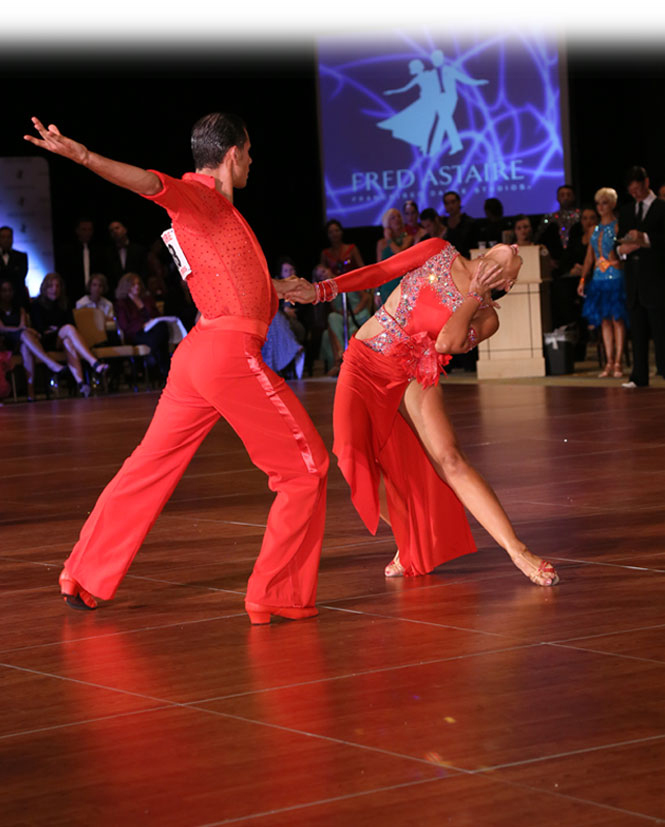 Do you enjoy a little drama in your step? A little flash and flair to your moves? Then the Paso Doble is the dance for you. Meaning “double step” in Spanish, this lively and dramatic dance is set to Spanish March music that may conjure images of… a bull fight?

That’s right, the Paso Doble has an unusual story, connecting this ballroom dance to one of the most intense and theatrical traditions in Spain, but we’re getting ahead of ourselves. Let’s go back to the origins of the Paso Doble.

You would expect a dance with a Spanish name, set to Spanish music, to have originated in Spain, right? Actually, the Paso Doble as we know it today was invented in Southern France, but the close proximity to Spain was where the inspiration for the dance originated. Though the dance has the Spanish music and movements, it keeps its French origin through the names of the steps, such as the Sur Place and Huit.

Americans first viewed the Paso Doble when flamenco dancers used this music to dance the role of a bullfighter. It has been a favorite (in its ballroom version) since the 1930s. In the ballroom version of the Paso Doble, the gentleman usually portrays the bullfighter and the lady is his cape, although there are times when strong and aggressive actions in certain movements seems to suggest the portrayal of the bull.

The Paso Doble moves around the floor and is characterized by sharp movements. A most helpful way to capture the proper feeling is to visualize the pageantry of the matadors, as they make their grand entry into the bullring and imagine the attitude displayed during the fight. Movements by the male are proud and quick, in strong defiance, while the hand and arm gestures (particularly of the female) are often graceful and fluid.

Here are a few things to keep in mind while dancing the Paso Doble:
–Hold your head high and keep your chest up
–Use the ball of your foot when stepping, except when progressing
–Keep movements sharp and clean
–There is usually a step for each beat

Keep these tips in mind and you’ll be ready to dance with the bulls in no time! What ballroom dance would you like to learn the backstory of?