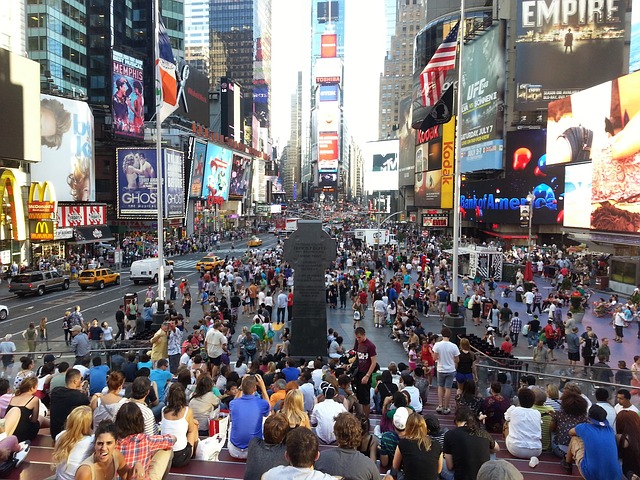 If you love musicals, nothing compares to the glitz and the glamour of Broadway! While Hollywood seems to be realizing there’s still a love for musicals, it’s the stages of Broadway where true song and dance lovers can expect to get their fix. The Tony Awards brought all the best of Broadway to a television set near you. Of course, our favorite category here at Fred Astaire Dance Studios is “Best Musical”! Here’s a quick look at the four shows nominated this year, leading off with this year’s winner: The Band’s Visit.

This intimate hit won 10 of the 11 different Tony Awards it was nominated for. Its scale is small — covering only one night when an Egyptian police band arrives in Israel to play a concert. After a mix-up, they are accidentally sent to the wrong town. With no bus until morning and no hotel in sight, the unlikely travelers are taken in by the locals and their lives become intertwined in unexpected ways.

You’ve probably heard of this one before. It was a hit movie back in 2004, and now it’s getting the full Broadway treatment, with big song and dance numbers. It’s set in an Illinois high school, where the new girl takes on the popular girls with sometimes painful, sometimes hilarious, consequences. “Mean Girls” has 12 nominations including one for Best Choreography.

This is another Hollywood hit that’s getting the Broadway musical treatment. The Disney tale about two sisters struggling to find their own paths was a huge hit and an Academy Award winner for the song “Let It Go.” Now, the team that wrote the music for the movie has added twice as many songs to the stage musical. “Frozen” is up for three Tony Awards.

Yep – you read that right! The children’s hit made the transition from cartoon to the stage and brought 12 Tony nominations along with it, including one for Best Choreography. The sets are big and bright, and the musical numbers are rousing; with a list of pop hit makers contributing to the score.

The Tonys also recognized some exciting returns to the stage with three hits in the category for Best Revival of a Musical. You’ll have to tune in to the Tony Awards to see if “My Fair Lady” can beat out “Rodgers & Hammerstein’s Carousel” and “Once On This Island.” If they inspire you, remember there’s a Fred Astaire Dance Studios location near you!