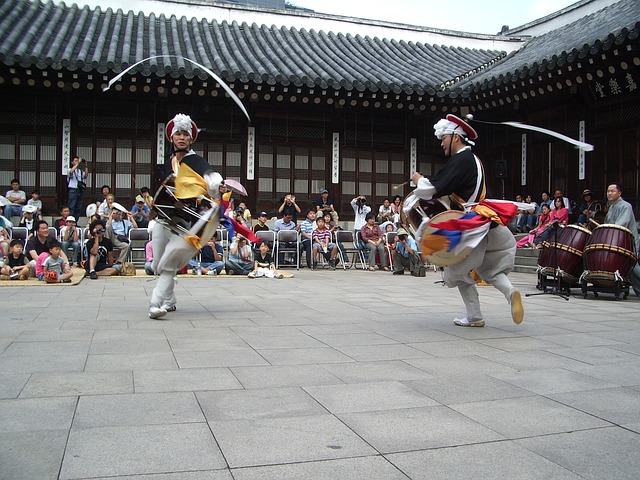 Each May, the United States celebrates Asian Pacific American Heritage Month to honor its citizens with Asian and Pacific Island roots. There are more than 22.2 million Asians and 1.6 million native Hawaiian and other Pacific Islanders in the United States, according to the U.S. Census Bureau. Government representatives picked the month of May because it marks the month when the first Japanese people immigrated to the United States in 1843. The transcontinental railroad, which was primarily built by Chinese immigrants, was finished in May 1869, according to The Library of Congress.

The twang of a ukulele immediately transports people to the beaches of Hawaii. Rhythmic drums remind people of watching a parade in Chinatown. Music and traditional dances help identify treasured places and cultures. Dancing is a key component of the culture in Asia and the Pacific Islands. People dance to tell stories, observe religious holidays and provide entertainment.

Many traditional Chinese dances feature animals and mythical beasts, New World Encyclopedia reports. The Lion Dance is purported to chase away evil spirits and bring good luck and fortune to people who watch the performance. As part of the dance, performers wear a lion costume and gracefully mimic a lion’s movements. Here’s a sample of a Lion Dance performed at Disney’s California Adventure to celebrate the Chinese New Year.

Dance plays a major role in the Bollywood films of India and is an important part of the country’s heritage. The Bharatanatyam originated in southern India and is performed by a woman. The dance takes its cues from ancient statues and is characterized by bent knees, while feet keep a rhythm and hands make symbolic gestures, according to Encyclopedia Britannica.

Hula of the Hawaiian Islands in the United States of America

The Hula was developed in the Hawaiian Islands and tells the story of the area’s history, the Hawaii Tourism Authority reported. The performer’s goal is to connect with the audience. The dance features wavy hand movements and swaying hips inspired by the ocean.