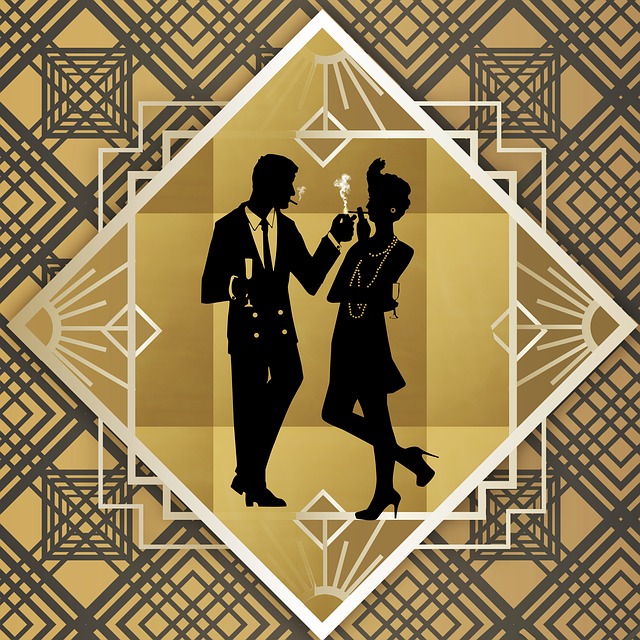 The music and high energy of the Roaring 20s sparks a lively atmosphere at Fred Astaire Dance Studios. Learn a new dance inspired during this unique period of American history, when economic prosperity and the soaring popularity of jazz music revolutionized ballroom dancing.

The 1920s began with the last American troops returning home from Europe after the end of World War I. It was a unique decade of social change and mass consumerism, where Americans had the money to purchase cars, telephones and radios. Most importantly, women were granted the right to vote in 1920, and many celebrated by flaunting conventional behavior. They cut their hair, donned short dresses and hit the dance floor in an effort to assert gender equality and rebel against societal norms. The increasing popularity of jazz music, fueled by legends like Louis Armstrong and Duke Ellington, resulted in the development of a variety of dances combining African movements with traditional European partner dances.

The Lindy Hop is an athletic swing dance where partners keep their legs in constant movement, according to Encylopedia.com. The Lindy Hop craze was sparked at The Savoy Ballroom in the Harlem neighborhood of New York, one of the epicenters of jazz music. The name of the dance was allegedly inspired by pilot Charles Lindbergh’s solo “hop” across the Atlantic Ocean, according to various reports.

Check out these performers showcasing their Lindy Hop skills.

A group of partners hit the dance floor to perform the Lindy Hop at The International Lindy Hop Championships in 2018 in Washington, DC.

Holiday travelers at Denver International Airport were surprised with an entertaining treat when a flash mob performed the Lindy Hop. Approximately 100 dancers from Community-Minded Dance, an organization dedicated to providing arts education, danced to a medley of swing classics in the airport’s Great Hall.

In this clip from the film “Hellzapoppin,” energetic dancers perform the Lindy Hop. Starring Ole Olsen and Chic Johnson, “Hellzapoppin” is a film adaptation of a musical that ran on Broadway from 1938 to 1941.

Celebrate the women of the 1920s who flaunted convention and brought women’s rights center stage, by taking a spin around the dance floor. Visit your local Fred Astaire Dance Studios to learn about their special introductory offer for new dancers.