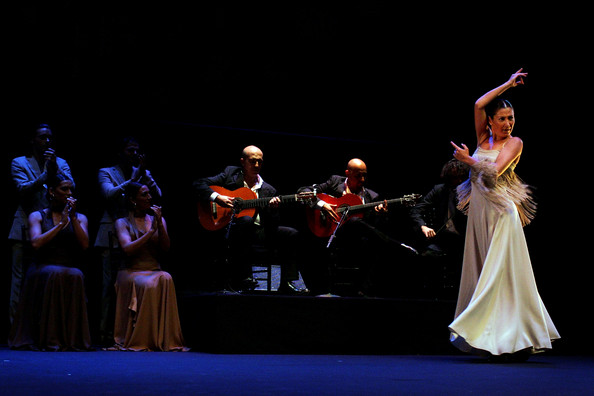 September 15 through October 15 of every year is Hispanic Heritage Month in the United States. This is a time to celebrate Hispanic and Latino cultures throughout America, as well as recognize the contributions these vibrant cultures have made to the world. One amazing contribution that Hispanic and Latino cultures have shared with the world is Latin dance. The Latin dance style, which originated in South America, includes dances like the rumba, salsa, tango and many others. As with all dance styles, Latin dance has evolved over the years, transforming along with changing cultures and modern music, to become the Latin style we know today.

In celebration of Hispanic Heritage Month, we’ve taken a look back to determine some of the greatest, and most impactful, Latin dancers of all time, past and present.

Possibly most famous for being the inspiration for Chiquita Banana’s animated “Banana Girl”, Carmen Miranda was a popular samba singer, dancer and actress from the 1920’s until she passed away in 1955. The Brazilian samba singer was, in a sense, a pioneer for other Latin singers and dancers hoping to make it big in America. She brought the samba to a worldwide audience through her fame as an actress, and it’s safe to say Latin dance in America wouldn’t be as popular as it is today without this iconic woman.

Known as the “King of Mambo”, Tito Puente is credited with popularizing the fast-paced, Cuban mambo in America in the 1950s. Tito Puente is more famous for his music than his dancing ability. He is well known for singing the original “Oye Como Va,” which was later covered by famous artist Carlos Santana. His skills on the dance floor are not to be forgotten however, as he could certainly hold his own among the best of the best.

Sara Baras is one of the best flamenco dancers alive today. Her talent on the dance floor has garnered her international fame, and it’s no wonder why. She has won many awards for her skill in Latin dance and still goes on regular world tours. The beauty of her movements is incredible to watch. See for yourself!

Her hips don’t lie — Shakira is one of the most influential Latin dancers of our time. That’s because she was a huge driver in bringing Latin dance and music styles into mainstream popular music in America. In addition to being wildly popular, Shakira possesses some serious skill on the dance floor. One of the most iconic features of Latin dance is its melding of cultures from all over the world to form beautiful dances. Shakira does just that with belly dance styles taken from Latin, Indian and even Arabic influences.

Speaking of modern takes on Latin dance, Jennifer Lopez has been another leading lady in bringing Latin dancing styles to the modern pop music scene. She’s not dancing as much anymore, due to her stardom and desire to branch out into areas like TV and her own fashion line. But don’t be fooled, J. Lo is an amazing dancer, and remains in touch with her Latin dance roots. Check it out!

Who are your favorite Latin dancers?