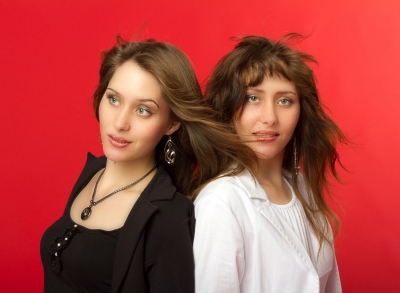 They can drive you crazy and keep you sane — all on the same day! We’re talking about siblings. Our brothers and sisters are usually the people we establish our first intense relationships with. Support and closeness can often go hand in hand with conflict and competition among siblings, but the world is starting to recognize the importance of this family dynamic and so are researchers. For example: Can having a brother or sister make you a better person? Recent research seems to suggest just that! A recent study conducted by researchers at the University of Toronto found that “both younger and older siblings positively contributed to each other’s empathy over time.”

Siblings can even help make each other better dancers! In honor of National Siblings Day (April 10, 2018) we here at Fred Astaire Dance Studios want to shine the spotlight on a couple of famous brother and sister dancing duos. Of course, we’ll keep it all in the family and start off with Fred!

Millions of people around the world have experienced the magic and wonder of Fred Astaire’s dancing, but not many have heard of his talented sister and first dance partner, Adele. Adele Astaire was Fred’s older sister. The two began studying together at a young age and eventually developed a successful vaudeville act. Their dance careers took the duo to Broadway and eventually the London stage. Just as things were starting to take off, Adele fell in love. She retired from the stage to marry Lord Charles Cavendish, the second son of a Duke. Fred continued on, not with his sister at his side, but with him in spirit. He eventually went to Hollywood, found another partner, and the rest, as they say, is history.

These dancing brothers were so great that Fred Astaire himself reportedly once told them that their amazing acrobatic dance sequence in the movie “Stormy Weather” was the greatest movie musical sequence he had ever seen. The brothers caught the eye of Hollywood after performing as the featured act in Harlem’s storied Cotton Club. They often referred to their style of dance at “flash dancing” — a blend of tap, ballet and acrobatics.

Derek and Julianne Hough were born in Utah into a large family with a history of ballroom dance. All four of their grandparents were dancers, and their mother and father reportedly met while on a ballroom dancing team. Their parents sent the siblings to London, where they lived and studied with their dance coaches. The duo gained fame in the dance world, but the rest of the world caught on thanks to a little show called “Dancing With the Stars” on the ABC network. Julianne recently announced on “Entertainment Tonight” that she and her brother are working on television together again, this time on NBC’s “World of Dance.” Julianne said this of dancing with her brother: “… we’ve both been very, very lucky to be each other’s support. He’s rad. I love him.”

This brother-sister team heat up the Salsa world with their unique style of dance they call Electro-Salsa! They are eight-time National and International Salsa Dance Champions, but most of the world knows them from their many appearances on television. They made several appearances on the hit television show “America’s Got Talent” as well as a guest appearance on “Dancing With The Stars.” You can bet you haven’t seen this talented twosome in the spotlight for the last time.

Learning to dance can be fun with any partner! A trip to your local Fred Astaire Dance Studios might just be a perfect way to celebrate your sibling.