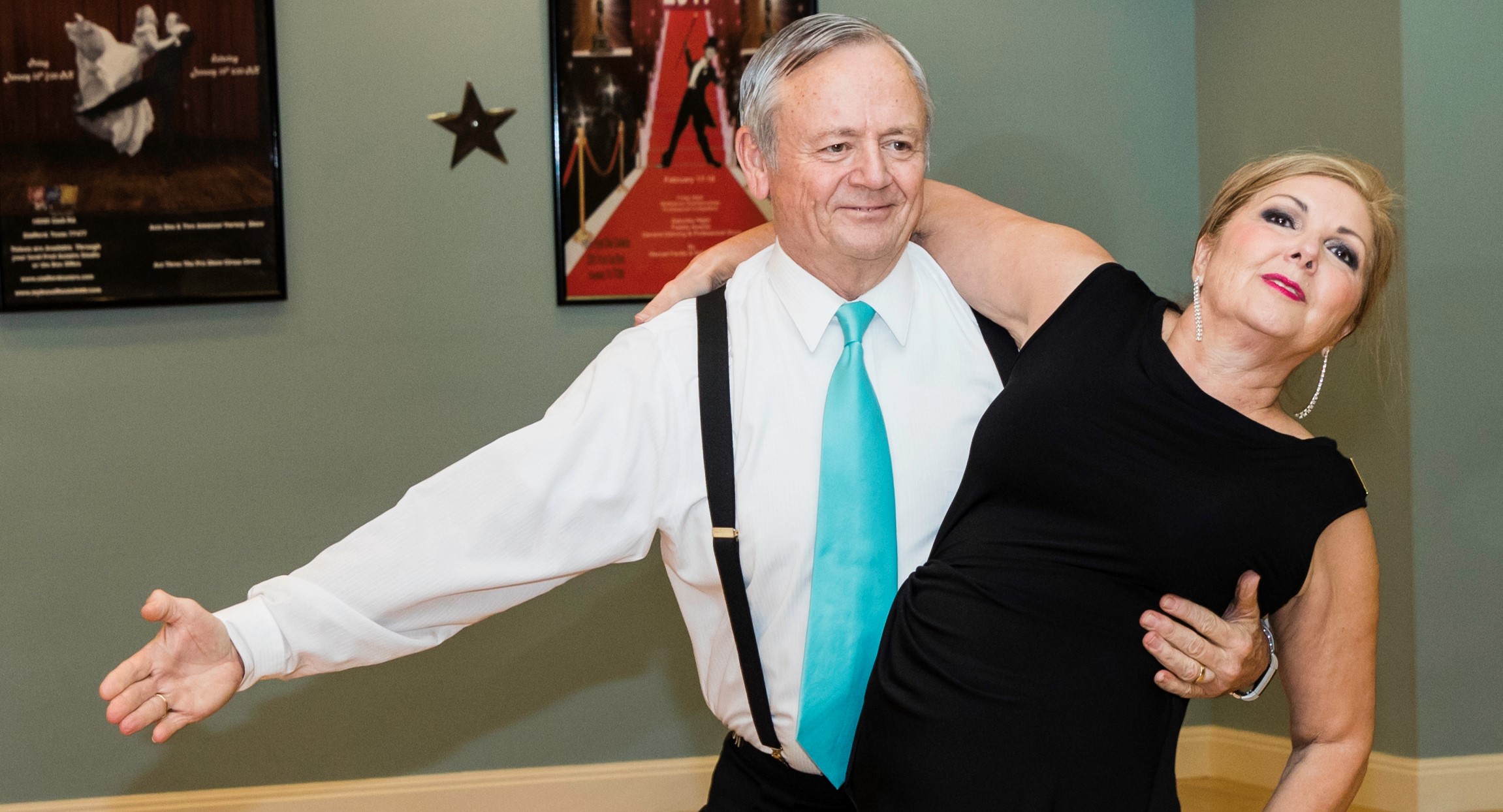 If you were to ask 50 people what the most romantic dances are, you would probably get 50 different answers. Dance is an art, and just like art, it is subject to individual taste and interpretation. From the soft and fluttery arm movements to the sensuous and pulsing hip sways, dance is about connection: connection with your partner and connection with yourself.

In honor of February, the month of romance and heart health, Fred Astaire Dance Studios offers these suggestions for the most romantic dances of all times. May they get your heart racing and your eyes connecting!

The Rumba has Afro-Cuban origins and many variations. It is characterized by smooth and subtle hip motions and a heavy walk. For many, it is the “Dance of Romance.” The Rumba is one of the ballroom dances that occurs in both social dance and in dance competitions. It’s the slowest of the five competitive International Latin dances. Still, there’s nothing slow about the way Rumba swept into the fitness craze. The story goes that during the mid-90s, Colombian fitness instructor Alberto Perez forgot his usual music for his aerobics class and instead made use of his Rumba dance music. “Rumbacize” was born, — later renamed Zumba! It will surely get your heart racing. Click on the headline to learn more about the history of the Rumba and to see a video example of the dance at its most romantic.

Nothing says fairy tale quite like a waltz. It’s probably the most well-known of the ballroom dances in America, thanks in no small part to the movies of Walt Disney! There are three distinct tempos of waltz: the Viennese Waltz, the medium Waltz, and the slow Waltz. When it was first introduced into the ballrooms of the world in the early 19th century, it was shocking and scandalous. A dance requiring a man to put his hand upon a lady’s waist was simply outrageous! Still, the dance persevered and can be seen everywhere from weddings to the silver screen, as in this example from the movie “The Young Victoria.”

The Mambo burst onto American dance floors in the 1950s, but it really hit its romantic highs with a little film put out 1987 called “Dirty Dancing”.

Audiences were enchanted with the romance between lead characters Baby and Johnny…all set to a dynamic backdrop of the Mambo. The movie is considered by many to be a romantic classic and has cemented the Mambo’s place in the hearts of lovers worldwide.

The Tango is a dance considered so romantic, it has its own euphemism; “It takes two to tango!” Whether you prefer the American style or the Argentinian, it’s easy to see why the Tango and those that have mastered it are considered great romantics. A dance with the potential for this much body contact is sure to get any heart racing. Who can forget the Tango as seen in the movie “Scent of a Woman.” Antonio Banderas amps up the heat with this Tango from the “based on a true story” movie “Take the Lead.”

Whatever type of dance you find most romantic, the experts at a Fred Astaire Dance Studios near you can help you reach your goals and provide you with the skills and the confidence you need to go for your heart’s desire.