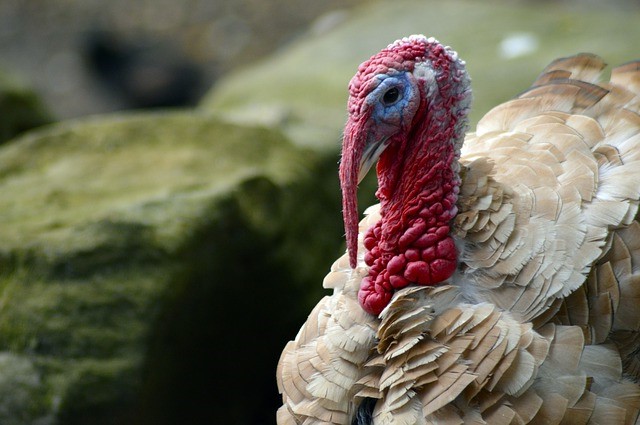 Fred Astaire Dance Studios is showing its gratitude this holiday season by offering people the opportunity to start a unique Thanksgiving tradition. Stop by a local studio and learn a ballroom dance inspired by the popular centerpiece of the holiday meal —the “turkey trot.”

Thanksgiving is a holiday built on traditions. Americans gather with family and give thanks while eating familiar foods, like turkey and pumpkin pie. Many spend hours on the couch watching football games, parades and dog shows, while others prepare strategies for trekking out in the early morning hours to start holiday shopping. On Thanksgiving morning, some Americans jog in races, familiarly dubbed turkey trots. There is no shortage of opportunities to pound the pavement for a few miles before indulging in a meal showcasing the aforementioned bird, rich vegetable casseroles and numerous pies.

If running a race does not sound appealing, grabbing the nearest family member and dancing the true turkey trot is another good way to prepare for the hefty holiday meal. The turkey trot is a ragtime dance developed in California in the early 1900s. It is marked by four, springy, sideways steps with the feet apart and a swinging up-and-down movement of the shoulders and flicks of the feet, similar to the jerky movements of a turkey.

Ragtime music, along with the turkey trot dance, was controversial for its unique syncopation. It was typically shunned by upper-class society and regarded as music for the working class owing to its African American roots, according to the Library of Congress. Many detractors contended the animal-like dance moves associated with popular ragtime dances like the turkey trot, camel walk and grizzly bear, were inappropriate. In fact, President Woodrow Wilson reportedly canceled his inaugural ball to eliminate the risk of people performing dances like the turkey trot, and mayors throughout the country tried to ban the dance from being performed in their cities.

Check out some of the famous ragtime dances based on animals that caused such a stir.

Watch Dixie Dunbar and Alice Faye perform a tap dance and turkey trot in a clip from the 1938 film, “Alexander’s Ragtime Band.”

Here is a couple dancing the Grizzly Bear from a French film, “Le Pas de L’Ours.”

In the next clip, renowned American dancer Al Minns performs a solo version of the camel walk dance.

Kick up your heels to celebrate the season

Take a walk on the wild side this Thanksgiving by learning the turkey trot — a dance that sparked controversy throughout the country. Trot over to your local Fred Astaire Dance Studios location to learn a dance that can become a new holiday tradition at your Thanksgiving celebration.