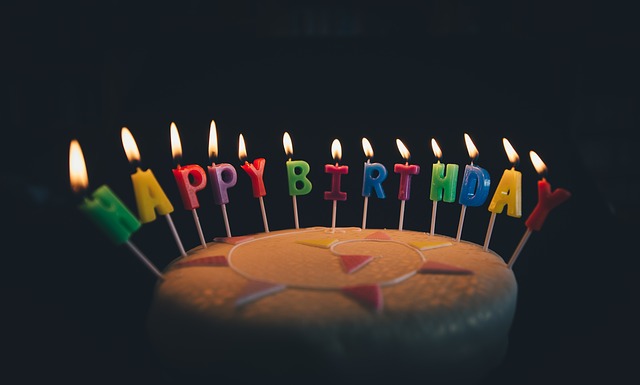 Little Virginia McMath was born July 16, 1911, in Independence, Missouri. She didn’t know it then, but she was destined for stardom. A queen of the silver screen, Virginia McMath went on to become better known as Ginger Rogers, a woman who so captured the hearts and minds of millions that she is still honored and remembered today. Fred Astaire Dance Studios remembers Ginger’s elegant grace and boundless enthusiasm as she made even the most difficult dances look easy. And we’re not the only ones to honor this beautiful actress and dancer of the silver screen.

Her childhood home in Independence, Missouri, has become a museum, and it’s open for tours! The Owens-Rogers Museum honors Ginger and her screenwriter mother Lela. The museum offers tours, and there are often special events scheduled, such as the upcoming “Hollywood Happy Hour.” The event will include a special Ginger Rogers-themed cocktail and a look-alike contest.

Fans have flooded the internet with tribute videos to Ginger. They run the gamut from clips of some of her best performances to tributes especially edited to song.

Speaking of Fred, this couple found inspiration with one of Ginger and Fred’s tap routines. Astaire was once quoted as saying of Ginger, “Ginger had never danced with a partner before. She faked it an awful lot. She couldn’t tap and she couldn’t do this and that — but Ginger had style and talent and improved as she went along. She got so that after a while everyone else who danced with me looked wrong.”

Of course, there are plenty of tributes to Ginger and Fred on the ballroom dance floor as well. This video is of Kathrin Menzinger and Vadim Garbuzov during the 2013 Austrian Open Championships. Love the feathers!

Ginger was very photogenic, so it’s no surprise to find that she was one of the most photographed women in Hollywood during her time. Some fans have even put together montages of pictures of her set to music, like this one set to a catchy Stevie Wonder song.

Class in a Cocktail

Perhaps one of the most enduring signs that you are beloved by fans is to have a cocktail created in your honor. The Ginger Rogers is one of the most popular drinks at the Absinthe Brasserie and Bar in San Francisco. It includes ginger ale and, of course, a sweet gingery syrup!

Ginger Rogers inspires people in so many ways we hope she might inspire you to put on your dancing shoes. As Ginger might have once said, “You don’t need a partner if you’ve got passion and pluck!” Whether you’re dancing as a duo or doing it solo Fred Astaire Dance Studios can help you make your dancing dreams come true.