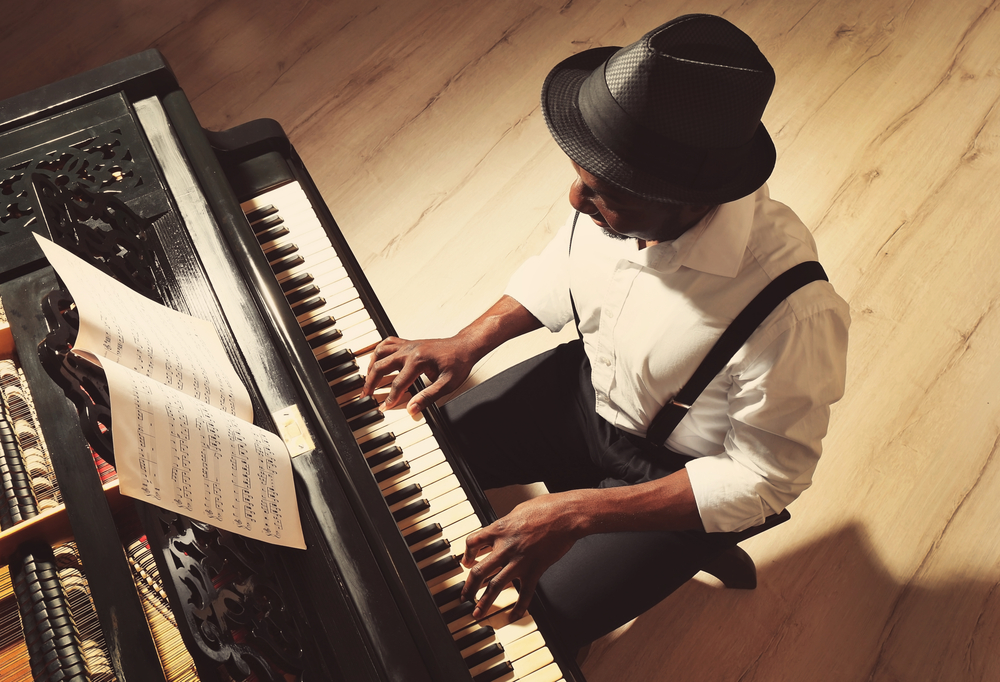 Fred Astaire Dance Studios is focusing on popular dances of the Roaring 20s this month to honor the complex harmonies, syncopated rhythms, and rich history of jazz music. This month, Fred Astaire is celebrating big with ballroom dancing and jazz music.

As spring blooms and temperatures rise, Americans are celebrating their love of jazz music in April for Jazz Appreciation Month. The Smithsonian Museum of American History founded National Jazz Appreciation Month in 2001 to celebrate the culture, music, and heritage associated with jazz. Dubbed JAM, the month is intended to stimulate and encourage people of all ages to participate in jazz by studying the music, attending concerts, listening to jazz on the radio, and hitting the dance floor.

The rich culture and ethnic diversity of New Orleans fueled the popularity of jazz music in the early 20th century. Jazz blended ragtime, marches, and blues music. Recognized as the quintessential “American classical music,” jazz focuses on improvisation and highlights the skills of its musicians by frequently incorporating solos. Miles Davis, Louis Armstrong, and Ella Fitzgerald helped bring jazz music to mainstream America, and with it, social dancing evolved to allow couples to enjoy social dancing during the jazz age.

The end of World War I fostered a time of unique prosperity in the United States, known as the Roaring 20s. Young Americans were flocking to the cities to work at new white-collar and industrial jobs. Leaving the farms behind gave them disposable income and free time to experience city life, creating a rich culture of music and dancing. The radio and mass-market availability of the record player gave Americans the opportunity to hear a wide variety of music and helped fuel the popularity of jazz music.

A number of dances took center stage as the popularity of jazz music took off. Lack of inhibition and embracing new traditions created energetic and carefree dance styles. Here are the top three dances of the Jazz Age.

The foxtrot features long, flowing movements on the dance floor. It’s a simple dance to learn, and perhaps this is one of the reasons it was all the rage during the Jazz Age. The dance features two slow steps and two quick steps followed by walking turns and was the perfect option for jazz music lovers. In this clip, dancers foxtrot to “Can’t Take My Eyes Off You,” on “Strictly Come Dancing,” a British dance show.

The Charleston was first danced in African American communities in the South but gained mainstream fame during the 1920s, as women flaunted social norms and adopted carefree attitudes. This social jazz dance is characterized by the bent knees, which are straightened as the feet pivot in and out. In this clip, dancers perform the Charleston dressed to the nines to “Rock It For Me” on “Strictly Come Dancing.”

Although the 1920s created a party atmosphere in America’s cities, romance was still alive on the dance floor. Couples could enjoy the bluesy tones of jazz music by dancing to a slow waltz. The new waltz abandoned the characteristic twirls of the Viennese waltz and embraced a slower, more restrained option featuring small, double steps. In this clip, a couple dances the waltz in the movie “Dance Hall.” The 1950s movie details the romantic escapades of four female factory workers who spend their evenings dancing.

Show your appreciation for ballroom dancing and jazz music this month by scheduling a lesson at your local Fred Astaire Dance Studios.